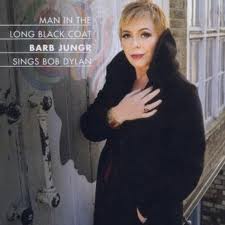 Barb Jungr, the fabulous British singer, is back in New York City to perform her widely-acclaimed Bob Dylan show, Man in the Long Black Coat, at the elegant Metropolitan Room for a three-week run starting on April 10th. Barb's unique interpretations of Bob's songs are absolutely Dylanesque. On her latest CD, Man In The Long Black Coat, Jungr seamlessly mixes Dylan's best known songs with offbeat offerings like "Trouble in Mind," "Sara," and "High Water."
Jungr reconstructs "Trouble in Mind," slowly building it from something that sounds like Peggy Lee's "Fever" to a resounding and inspiring gospel hymn—the type of performance that can only be pulled off by an artist that understands the subtleties and nuances of Dylan's rarest compositions. Her rendition of "Man in the Long Black Coat" is sublime. In one verse she snarls like Dylan, then her voice soars like Joan Baez. The arrangement captures the suspenseful tone of Dylan's original with dynamic, rich texture.
In addition to her ten-year affair with Dylan's oeuvre, Jungr is known for her daring interpretations of compositions by Bruce Springsteen, Leonard Cohen, David Byrne, Neil Diamond, Hank Williams and Elvis Presley. Jungr is a dazzling live performer who delivers an indefinable X-factor with each show. This style mirrors what Dylan does with his own songs in concert.
Time Out New York rated Man in the Long Black Coat the top cabaret show of 2011. Adam Feldman wrote, "The extraordinary English singer didn't just cover Bob Dylan's songs, she uncovered them and discovered them with exuberant musical insight."
If you love Bob Dylan's music, or if you love the thrill of a great live performance, Barb Jungr's show is a must see. Barb serves up the all the iconic songs with fresh twists: "Like A Rolling Stone," The Times They Are A-Changin'," It Ain't Me Babe," "Blind Willie McTell." Man in the Long Black Coat performs a total of 15 times: Tues-Fri April 10, 11, 12, 13, all at 7pm; Sat April 14 at 9:30; Tues-Fri April 17, 18, 19, 20, all at 7pm; Sat April 21 at 9:30pm; Tues-Fri April 24, 25, 26, 27, all at 7pm; Sat April 28 at 9:30pm. The music charge is $25, plus a two-drink minimum.
For reservations call 212/206-0440 or order online www.metropolitanroom.com
For those attending the shows on Saturday, April 14th and April 21st, join Barb and prominent Bob Dylan experts for two intimate pre-show Fireside Chats at 8 PM. The shows start at 9:30.There's no additional charge for the Fireside Chats for the first 30 persons who purchase their tickets online. Just use the password Dylanchat .
In addition to meeting Barb, you'll be able to participate in revealing stories, gossip, and gospel with Q 104's KEN DASHOW (April 14) , Dylan author Howard Weiner (April 14 & 21), and another special guest who will be announced for April 21st. 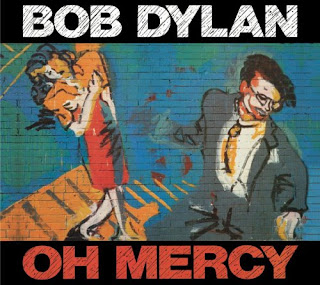