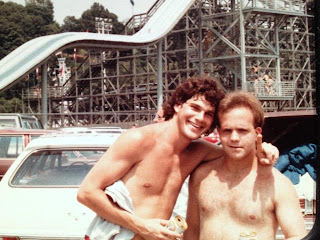 A friend posted this photo on Facebook today. This is the earliest known photo of me on tour. Doug Schmell is on the left, Howard "Catfish" Weiner on the right. It's 6-25-85 and we're at the River Bend Music Theatre in Cincinati prior to a Grateful Dead concert. Here's an excerpt from Chapter Six of my road memoir: Tangled Up in Tunes: Ballad of a Dylanhead.

The Alpine shows were tight, welcomed consistency after the Helter Skelter Spring tour. On the second night, the “Saint of Circumstance” jam raged, and The Boys opened the second set with the Derek and the Dominoes classic, “Keep on Growing,” featuring Phil Lesh on lead vocals. Lesh had recently emerged from a ten-year singing hiatus. A new Deadhead chant was born: “Let Phil sing.” I wanted to chant: “Bad idea.” The beloved bassist, who wore tie-dyes and looked like a chemist, had a distinct vocal style—awful as can be. This didn’t matter to Deadheads. Tight-knit crowds crave simplistic mantras to chant. In Yankee Stadium they yell, “Boston sucks,” and in the Boston Garden they holler, “Beat L.A.” When Phil Lesh sang, I cringed. 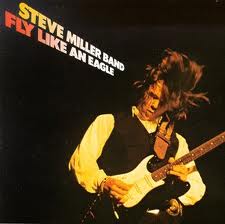 June 23, 1985, was a travel day. Our crew fiddled around Lake Geneva all day and then started the journey towards Cincinnati by sundown. We picked up a hitchhiking Deadhead who looked like a young Rodney Dangerfield in a Hawaiian shirt. His name was Steve Miller. His sticky bud made us fly like eagles, and his stinky feet made us roll down the windows. We had an intervention and ordered him to put his boots in the trunk. Doug’s Alpine Masters sounded sensational as I pressed on for five hours before pulling over to sleep in an Indiana service area.


Sunshine was beating upon my forehead as I awoke in the front seat of my Chevy. My clothes were heavy with perspiration, and I was steaming like a burrito that had been slowly baking all night. Doug was snoring and schvitzing in the back seat. Steve Miller restlessly rolled on the trunk. Phil and Paul had been napping in sleeping bags on the grass, but I found them having coffee in the cafeteria. Their sleeping quarters were invaded by a bivouac of ants at dawn.
The mid-morning heat was relentless, and there wasn’t a cloud over the Midwest. Our spirits were bolstered again as we headed down the highway with the AC cranking. We reached the River Bend Music Theatre at noon, way too soon—we had seven hours to kill on a 100-degree day.
“Iko Iko,” the righteous party song, kicked-off the second set. Behind the stage, a steamboat slowly sailed up the Ohio River. Look out, mama, there’s a white boat coming up the river. The enormous Grateful Dead twentieth celebration banner dropped down behind the band as they slammed into “Samson & Delilah.” River Bend buzzed below the setting sun. 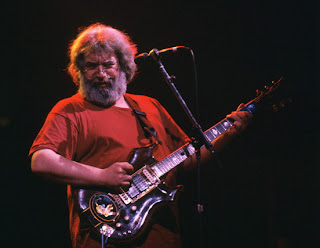 Driving away from River Bend, I gushed about Garcia’s nifty fretwork on “Let It Grow.” Had I been looking at road signs, I might have been warned about the winding pavement that veered sharply to the right. Without time to stomp on the brakes, I snapped the wheel to my right in a desperate attempt to save myself and my crew from flying off the mountainside. The tires screeched louder than a bullhorn, and my Chevy Caprice was airborne—cups, cans, tapes, pipes, and sunglasses in orbit. I stuck the landing on the road like a gold medal skier in the downhill, still cruising at a 60 MPH clip. My crew was silenced with acute shock syndrome.

Tangled Up in Tunes is available at www.tangledupintunes.com This 1978 Chevy Caprice is a dead ringer for my tour mobile. 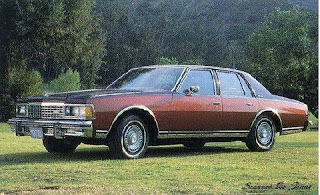