Excerpt from Chapter Four of Tangled Up in Tunes 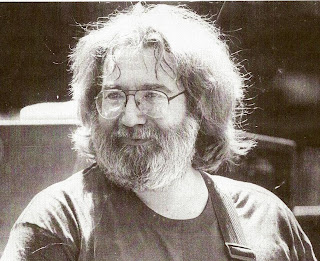 Seagulls with massive wingspans glided around us; other seagulls were perched on the rail preparing for takeoff.  Brilliant sunshine bounced off the Chesapeake Bay as the Dead thundered in my Chevy. Doug rocked back and forth—a devotee in a contented trance. As the velocity, pitch, and poignancy of Jerry’s guitar intensified, Doug’s mug glowed–stunned admiration. Pointing at the tape deck as if Garcia was in our presence, Doug said, “This is deranged. How does Jerry think of this stuff?” 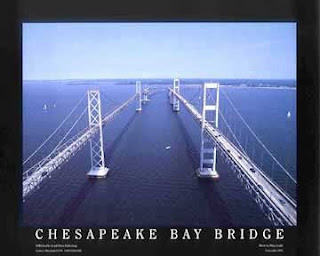 I wondered when we might see land again. We’d been on the Chesapeake Bay Bridge for fifteen minutes, and there was just water, road and birds ahead and water, road and birds behind. I was driving straight into an Alfred Hitchcock sequel. It then occurred to me that I was, in fact, driving. I was so stoned I forgot I was captain of the ship.

There were three hipsters in my backseat—Doug’s Deadhead companions from SUNY Albany—Stempel, Genowa and Beehaw. They were quiet cats. Their very names seemed to do all the talking for them. Our destination was Hampton, Virginia: Waffle House, Holiday Inn, hippie chicks, Grateful Dead. Paradise Waits. 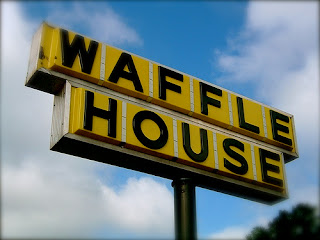 Hampton was usually the first stop on the Grateful Dead’s spring tour. For some people, spring begins when the first pitch is tossed from the mound at Yankee Stadium. For Doug and me, and thousands of other Deadheads, crossing the Chesapeake Bay Bridge signified the commencement of spring.

There are few pleasures commensurate to roaring down the road while the tunes are-a-thundering. Audio transcendence is possible as long as your car can rev up to seventy without rattling, and the windows are rolled up. Yes, the windows must be sealed to bounce the sound around so you eardrums are filled with nothing but rhythm and melody. You breathe in guitar and exhale staccato bursts of air, in an attempt to echo the singers. The bass rattles your bones as the organ sweeps through the pores of your skin. A tiny portion of our brains can handle driving while all this goes down. Accessing that nugget of my mind, I delivered us to the Hampton Coliseum safely on April 9, 1983.

As the boys tuned up for the second set, I identified the sacred twangs from Jerry's guitar. Doug and I grabbed each other and yelled, “Help on the Way!” hugging and jumping in time to Phil’s thumping bass. The rest of the band continued to doodle aimlessly. If this turned out not to be “Help on the Way,” our premature celebration would have looked pretty silly. Luckily, it was the tune we craved. It had been six long years since the Grateful Dead played "Help on the Way" on the East Coast. These were glorious times.
Tangled Up in Tunes: Ballad of a Dylanhead www.tangledupintunes.com 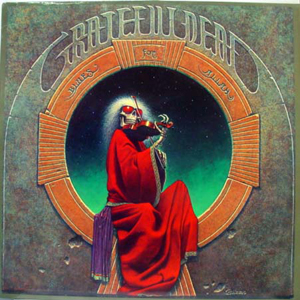