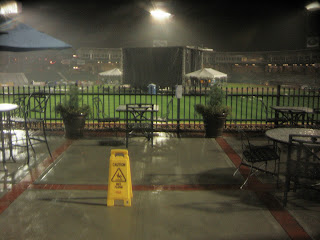 Interview with the Bob Dylan Examiner 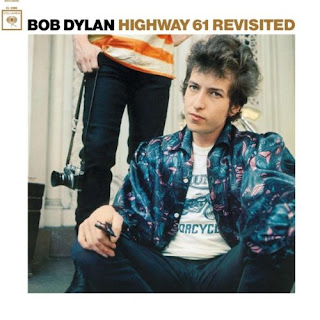 Who is Howard Weiner?
I'm a music lover. I want to turn the world on to the artists and songs that inspire me. Below my name, I want my tombstone to read: "Tangled Up in Tunes."
Tell us about your radio show.
It's a show called Visions of Dylan which I created for WBAI a few months after Dylan began his own show, Theme Time Radio Hour. Handpicking the songs and weekly themes for Visions of Dylan was a labor of love. My program featured a mix of Dylan originals, covers, and live performances. The possibilities were endless, but the one thing I learned from Dylan was that a radio show is more compelling when its theme driven.
How did you get into the Dead, and then Dylan?
As a teenager, I worshipped the classic rock of the '70's. Initially, I didn't get the Grateful Dead. They're an acquired taste because their music is an eclectic mix of several American musical genres. Once I got the taste for Jerry Garcia's guitar, I was hooked. Their best music existed in an exotic world of bootleg tapes, and every night they played, improvisational genius beckoned.
I always had a fondness for Dylan's anthems, but I didn't have my Dylan epiphany until I borrowed my friend's car and heard Blood on the Tracks for the first time. Sweet Jesus, I flipped out when I heard that tape. I went out and bought every Dylan album and studied them like a man possessed. A few weeks later, a Dylan/Dead tour was announced for the summer of 1987. This twist of fate was mind-boggling.
How did you decide to write Tangled Up In Tunes: Ballad Of A Dylanhead?
After catching a tremendous run of shows by Dylan in April of 2005, I had a burning desire to write a book on Dylan's "Never Ending Tour." I was a witness to essential music history, and I felt compelled to document it. I jumped right into the book without a game plan, and after seven years of writing and rewriting, I finally crossed the finish line.
How did getting your MFA Degree in Creative Writing help with your book?
I realized my initial drafts of the book were too journalistic. As someone who saw 300 Dylan and/or Dead shows over three decades, I had to tell my story as well. Why was I on this never ending quest? I had to let the reader stand inside my shoes. At The New School, I had the good fortune of learning from Jonathan Ames, Greil Marcus, David Gates, Robert Polito, and Ann Hood. Hopefully I picked up on some of their mojo.
You refer to many specific experiences and performances in your book. Did you keep a diary, or did you do it mostly from memory?
Once I decided I was writing a book I meticulously documented my experiences, but prior to that I relied on memory and concert recordings. I have an incredible capacity to recall musical experiences. My brain, however, doesn't function as well in other areas.
What would be a good example that would illustrate how fanatical you are about the Dead and/or Dylan?
I was in Memphis after seeing Dylan at Autozone Ballpark in 2005. I could have spent my last day in the "Land of the Delta Blues" partying on Beale Street, but a voice in my head was telling me to make a road trip to Little Rock to see Dylan. The only problem was I didn't have a car, so I took a $400 taxi ride to Little Rock. It was an unforgettable voyage into Razorback Country with a Memphis cabbie.
What does your place look like? Is it full of Dylan and Dead paraphernalia?
My apartment is overrun with CDs. I collect all the good stuff: Miles, Coltrane, Otis, Van, etc. But I'd estimate that there's about 7,000 Dylan and Dead CDs in my crash pad. Thankfully, I don't collect much memorabilia.
What would you say to, or do for, someone who did not understand either Dylan or the Dead?
I'd ask them to read Tangled Up in Tunes, and pray.
How can someone buy your book?
It's available on my website, or on Amazon.

Email ThisBlogThis!Share to TwitterShare to FacebookShare to Pinterest
Labels: Howard Weiner interview, Tangled Up In Tunes 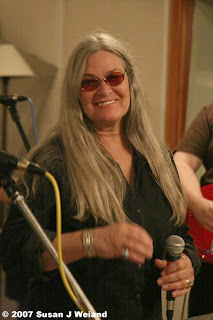 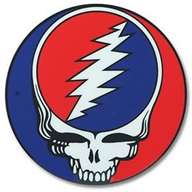 People have been asking me what periods in Dylan and Dead history are covered in Tangled Up in Tunes. Here are the shows and road adventures in my memoir: 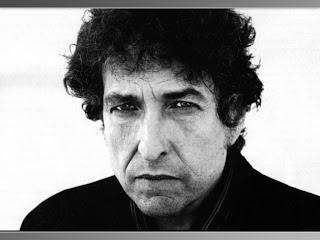 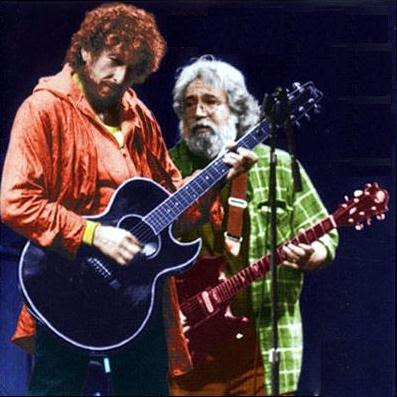 "The Dead did a lot of my songs, and we'd just take the whole arrangement, because they did it better than me. Jerry Garcia could hear the song in all my bad recordings, the song that was buried there. So if I want to bring out something different, I just bring out one of them Dead records and see which one I wanna do. I never do that with my records."
2006 interview with Jonathan Lethem


“Thank you Grateful Dead!” – before “The Times They Are A-Changin’” …These were the only words Dylan spoke in concert during his 36 performances of 1987!
7-12-87 Giants Stadium, East Rutherford…Dylan and Dead concert
at January 04, 2012 No comments: