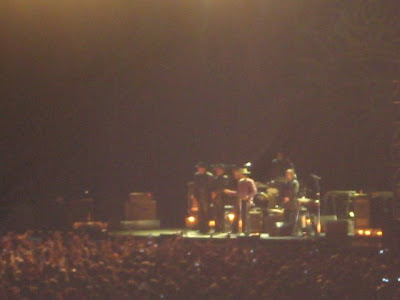 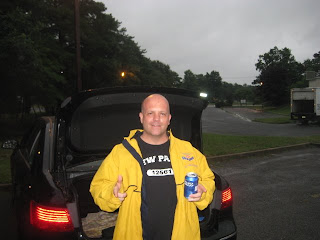 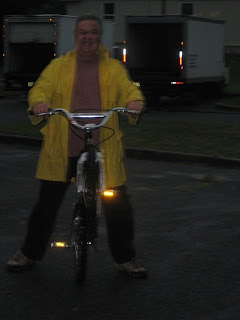 Fifteen minutes before Dylan and His Band took the centerfield stage, we entered First Energy Ballpark, home of the Blue Claws. With the rain tailing off, the Cowboy Band strutted out in black leather suits with matching black cowboy hats. But Dylan was the one with all the beautiful clothes. He appeared center stage in a dazzling lavender suit with a white top hat featuring a rather large brim. He looked like The Joker, as played by Cesar Romero. Bob was crackling with fidgety energy, a tell tale sign that we were in for a whopping good time. The outfield was muddy, and you know how the Maestro loves to play in the slop.
Dylan belted out a rugged rendition of “Watching the River Flow,” immediately separating himself from preconceived expectations of those who never seen him before, although the crowd loved it. They adored “Girl From the North Country” even more - a delightful surprise. Dylan loped into a lengthy version of “Lonesome Day Blues.” My focus was distracted by a striking Jersey girl who was attracted to me. She began rubbing, hugging and kissing me as Dylan broke into “Chimes of Freedom.” I managed to enjoy both situations, but Chimes was the object of my desire.
Full attention was back on Dylan as he whipped up another raucous “Tweedle Dee” in the fifth spot. I cut a rug with the Village Beast on the right field grass, where the Blue Claws roam (local Minor League team). Then, Dylan summoned “A Hard Rain’s A-Gonna Fall.” Sweet destiny! The lavender bard howled out the mystical words against a funky arrangement - all old things became new again. Everything made sense. I couldn’t ask for more.
“Honest With Me” sizzled before we all sang a little bit of the Workingman Blues with Bob. A monster of a ballad, “Workingman Blues #2” mutates in majesty each time Dylan performs it. Luckily, it’s been my fate to catch this of late. In between the visceral and tender crooning of verses, Dylan breathed a fiery harp solo, and closed it out with another. The band smoked, but this was a one-man show. Bob would grind his organ for most of the solos down the stretch. Amazed by Dylan’s voice on Workingman’s Blues, Stan placed his arm on my shoulder and said, “Hey Howie, I didn’t realize we were seeing Pavarotti tonight.”
Just like I’d seen it go down in Allentown, Dylan closed the bash out swinging: “Highway 61 Revisited,” “ Ain’t Talkin’,” “Thunder on the Mountain.” Dylan boogie-woogied on the organ American Bandstand style. Restless and animated, Dylan offered up amusing gestures. Every now and then he swatted at his ear like he was trying to eradicate an elusive mosquito. After plunking the final chord of Thunder, Dylan turned his outstretched arms towards the skies, palms out, and looked out into the crowd. How good am I? The master of illusion made all our worries disappear. Satisfaction lingered in the air over Blue Claw field. The encores were solid. The band sounded as porous as ever during a lengthy Rolling Stone instrumental interlude.
We stayed in the moment as long as possible shuffling around in back of Stan’s car while digging on Dylan’s new CD. Joey D, a bulky Jersey type of guy, joined us for a brew and a jig. His befuddled date watched in horror. I turned it up a notch by popping in a Jerry Garcia Band disc from the Roseland Theatre circa 1983. We were electrified for another hour. The fourth part of the day was almost gone - the red cooler was emptied and Joey D and his terrified date split. I headed to Wo Hop with the Village Beast. After a ninety minute drive, Stan eased his black Infinity into a narrow spot by a stack of garbage bags on Mott Street. The car clock said 3 AM. At 3:06, we were scoffing down spare ribs, pork dumplings, steak har kew, and chicken ding with almonds.
at July 25, 2009 No comments: 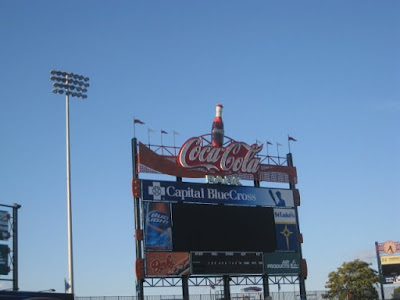 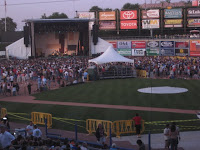 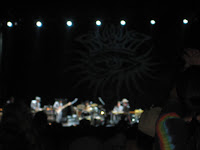 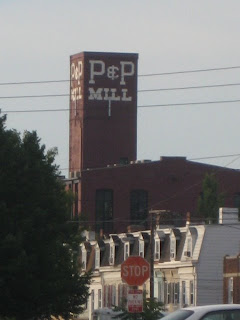 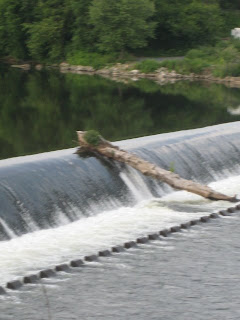 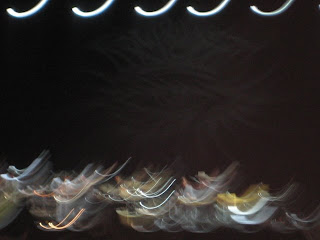