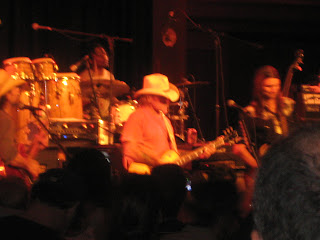 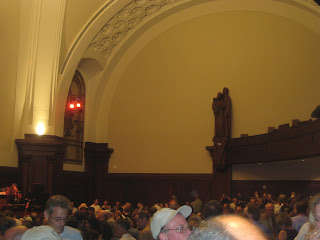 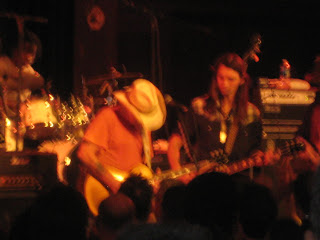 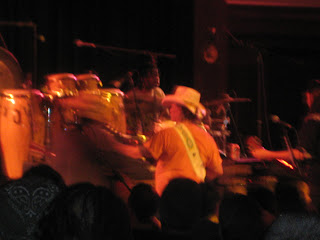 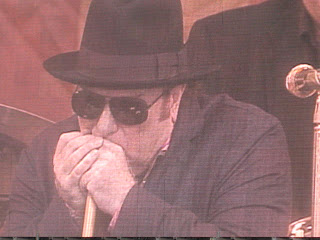 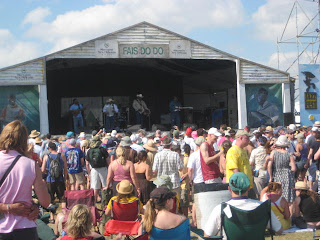 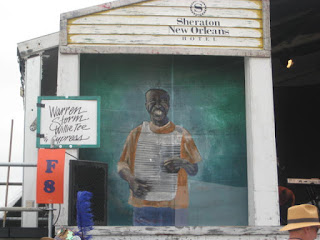 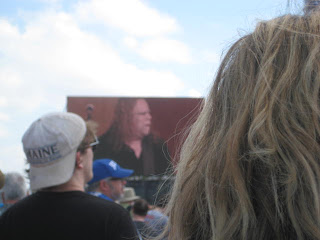 Leaving New Orleans on the Tuesday following Jazzfest, Aaron Neville was standing in line in front of me going through the security checkpoint for Continental. His identity was unmistakable: rippling thick muscles popping out of an undersized t-shirt, cap on backwards and the second most famous facial mole (Cindy Crawford #1). I couldn't think of anything to say to him. The Nevilles were the closing act at Jazzfest, but I ditched them to see Wayne Shorter who was honking sax in the jazz tent at the same time. Five minutes passed, he went through the checkpoint on the left, I stripped off my belt and sneakers for the guards on the right.

I went to the airport bodega to score Mentos. This time Aaron was on line behind me - he was purchasing a local paper, People Magazine and gum. I was speechless. He was wearing a Saints cap, so I though about striking up a Super Bowl conversation, but decided against it. I boar 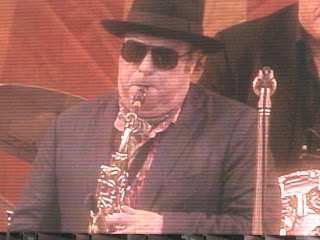 ded my flight to Newark and Who Dat lounging in the First Class section. I smiled at Aaron and flashed him a piece sign. He laughed. I was little worried, the odds of a plane crashing are much higher if a rock star is aboard. Anyway, here's a few highlights from my week.

1. Van Morrison...He won over the greatest hits crowd early with Brown Eyed Girl in the second hole. The surly Belfast balladeer also pleased with lush versions of Moondance and Have I Told You Lately. He assembled one of his hottest bands and Van showed off his dexterity by blowing sax and harp, picking guitar leads and plunking keyboard. I cried lunatic tears when he played Fair Play from Veedon Fleece. It was the first time Van performed that in the twenty times I seen him. A set ending Ballerina and St. James Infirmary were the other keepers. He had the voodoo and mojo flowing. 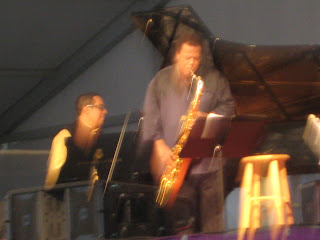 2. Wayne Shorter...Each note from Wayne was emotional and smooth, he's the best saxman alive. He still has a youthful glow, he looks like Miles circa 1967. His quartet with Blades, Perez and Patitucci was the best I've ever seen. Seating inside the jazz tent was scarce, so I spent half the show standing by a garbage can to the right of the stage. I went up to the photographers pit to get a snapshot and a lady vacated her front row seat and I pounced on it. What a Sunday it was, Van>Shorter front row.

3. Zydeco...Accordions, washboards and violins - a zesty Cajun treat. All the bands on the Fais Do Do Stage got down to the nitty gritty. The small crowds in front of the bait shack were dancing, spinning and slugging cans of brew. I brought some Zydeco music home with me, I'm thinking about taking accordion lessons. 4.Jam bands...Widespread Panic whaled weird and wide for three hours. Warren Haynes and Government Mule did a nice job before WSP. A snuck a peak at Steve Martin's bluegrass band and wasn't all that impressed. I'd rather see him blow up party balloon animals
5. Food...As always the grub was good and plentiful. By 3PM on Sunday I ate clams, a shrimp po' boy, fried chicken and jambalya - out of control. 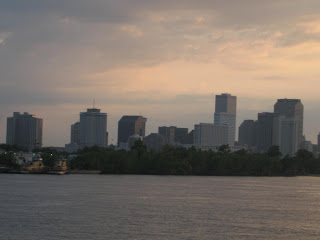 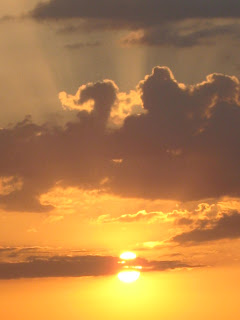 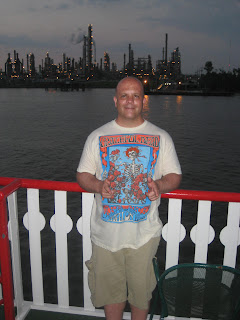