Thirty years ago today. An excerpt from Chapter Four of Tangled Up in Tunes: 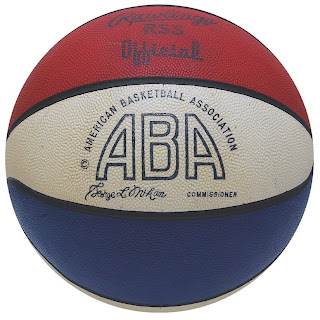 Doug was waiting for me in the gravelly Tennyson Park lot, leaning against his yellow Caddy and spinning a red, white, and blue ABA basketball on his index finger. The windows were rolled down, and “Casey Jones” was cranking. He said, “Howie, I got a proposition for you. You’re gonna love this idea. It’s right up your alley. The Dead are in Wisconsin next weekend at the Alpine Valley Music Theatre. We can get tickets from Ticketron. Howie, picture this: We are outdoors with Jerry in the Midwest next Saturday night. I hear this place is amaaaaazing!  Can you imagine how hot Garcia will be in the Midwest? It’s only a sixteen-hour drive. Let’s do it. Whattaya say?”
The time had come for us to leave the Tennyson Boys behind. Our pursuit of Jerry’s next transcendent jam was paramount. I informed my parents I’d be heading West with Doug in my Chevy. My parents were fond of the Doug. They knew I was crazy, but if Doug was part of my posse, then there might be some merit to it. In the classic tradition of exploration made famous by Lewis and Clark and perpetuated by Kerouac and Cassidy —  look out, America — here comes Catfish and Schmell!
I pulled up in front of the Schmell residence before noon on Friday. We wanted to tackle the bulk of our sixteen-hour-trip in one day and cruise into East Troy, Wisconsin, triumphantly on Saturday, August 7, 1982. Doug emerged from his house with a duffel bag slung across his torso and a box of Maxell cassettes carefully balanced in his right palm like a tray with Dom Perignon. Stepping into my Chevy, he admired his precious cargo and said, “Howie, these tapes are bad news for Van Halen fans.” It was a smug remark—one that a Garcia junkie could appreciate. Comparing anybody to Jerry was comical to us. We understood Garcia’s virtuosity, and it was our mission to spread the word to non-believers. Despite the fact that the Dead’s latest studio efforts were lame, the legend of Garcia was growing, and his cult following was on the rise.
Chuck and Paul, neighborhood Deadheads, joined us on our journey to Wisconsin. Chuck was a serious young man–Fred Flintstone in tie-dye. He was also a person of great interest to us because he had a substantial bootleg collection, but a bad reputation when it came to returning borrowed tapes. Our other passenger, Paul Blatt, was a tiny red-headed cat I met at Rockland Community College–a mini-Bill Walton, minus athletic prowess. Cordial Paul spoke in soft squeaky tones and was always willing to roll with the flow of the group.
Charging on to 80 West, I claimed the fast lane and refused to budge—left hand steering, right hand juggling java, joints, Marlboros, and boots. Endless Pennsylvania seemed bleak – blue collar town followed blue collar town through Amish Country, insane amounts of highway construction and detours along the way. We ran into three thunder storms, or maybe it was the same one chasing after us. Sheets of precipitation rap-tap-tapped off the windshield as I raced past monster trailers and trucks on the bedraggled two-lane highway. The sky darkened by the time we reached Ohio. Feeling famished, we stopped for food at a place in Youngstown that had a menu boasting of gizzards. A grease-stained bucket of rest area Roy Rogers chicken would have to suffice. One more cup of coffee, a hit of speed and one more ’77 Dead tape; I refused to give up the wheel until Cleveland was in the rearview mirror. By 3 A.M., my comrades were snoring as I pulled into a rest area and slipped into a spot between tractor trailers.  Four Deadheads and 100 truckers were motionless beneath the stars, but they were still tearing down the road in their dreams.

On Saturday morning, we blew by Chicago, purchased a road map, and found a quaint cabin in Lake Geneva by noon. We had stumbled upon a wonderful Wisconsin resort town, and the weather was perfect—ah-hoooo! Cotton-candy clouds in sapphire skies dangled over a crystal clear lake. This expedition turned up nothing but gold, and the impending jam was still a seed in Jerry’s mind. 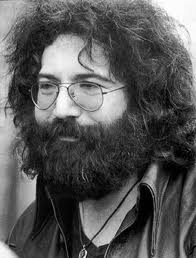 Our heroes opened with a Music Never Stopped -> Sugaree ->Music Never Stopped loop. Once again, the band had rewarded me for my dedication with a combination that was never played before and would never be played again. Garcia raged on, peppering away on the set ending “Let It Grow.” Weir shouted the lyrics at Jerry, begging him to deliver: “Let it grow, let it grow, greatly yield.” And yield, Garcia did.  It’s a guitar lover’s feast offering three separate instrumental segments, with the middle one being the longest and most complex. The band executed flawlessly, setting the stage for Jerry’s mid-summer tirade. 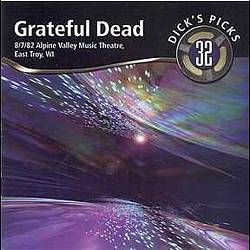 Tangled Up in Tunes: Ballad of a Dylanhead is available at www.tangledupintunes.com The kindle version is on sale through August 9th for $5.99.
at August 07, 2012 No comments: