24 Years later, Dylan and Garnier are still happily married. Here's a brain-busting Like a Rolling Stone from 6-10-89 from Statenhal, Den Haag, The Netherlands. This is a favorite of mine. Dylan's vocals are urgent, and the guitar solo from, G.R. Smith smokes!

For more on the Never Ending Tour, check out Tangled Up in Tunes: Ballad of a Dylanhead
Howard Weiner's new book --Tangled Up in New York: Shakedown on the Streets
at June 10, 2013 No comments: 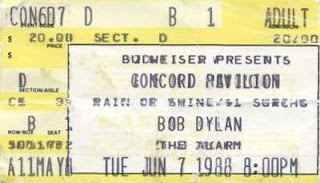 Twenty five years ago on this day, June 7, Dylan launched what was to become known as the Never Ending Tour in Concord, California. I was fortunate to catch six Dylan shows in 1988. Here are my fond recollections of those performances: 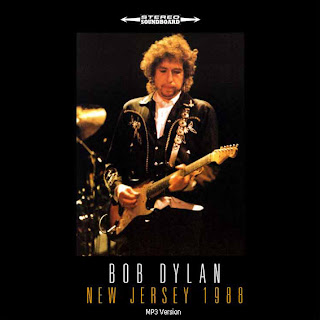 6-24-88 Garden State Performing Arts Center…Dylan burst upon  the stage playing a frenetic Subterranean Homesick Blues opener followed by It’s All Over Now Baby Blue. Dylan and G.E. Smith were kicking ass and taking names.  I was stunned by the brazing versions of Drifting Too Far From Shore and Silvio, a massive improvement  over the tepid, but enjoyable album tracks.  Like a Rolling Stone was the sensational set closer—all ’88 renditions of Bob’s greatest anthem are sure to please. This was the first time I had ever seen Dylan without Petty or the Grateful Dead backing him—Dylan unfettered. This performance was exhilarating and brisk. I knew I’d be back for more, but I could never have imagined that it would be 119 shows over the course of the next twenty-five years.


7-3-88 Old Orchard Beach Ballpark, Maine…Gratefully blame this one on a simple twist of fate.  I’d seen the Grateful Dead at the Oxford Raceway the night before and was planning on returning for night two. Skimming through a local tabloid, my friend noticed that Dylan was playing at a ballpark in Old Orchard Beach--a hop skip and jump on down the road. With one of the most persuasive speeches of my life,  I convinced him to leave the Dead behind. Adios hippies, Howdy Bob.
Dylan played a batch of songs that I hadn’t heard at GSPAC, including: Tangled Up in Blue, The Ballad of Frankie Lee and Judas Priest, To Ramona, Trail of the Buffalo, and All Along the Watchtower. I waltzed right up to the front of the stage and savored every tune. This intimate experience was the antithesis to what was going on in Oxford in the land of the Dead--100,000 freaks. 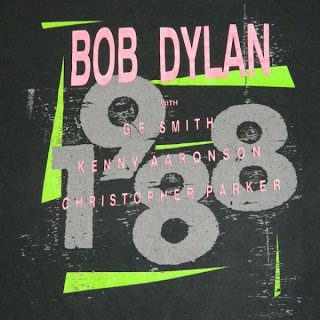 9-2-88 Orange County Fair…Tour ’88 steamrolled into Middletown, New York. Dylan raged and G.E. continued to extend his jams confidently as Dylan's repertoire grew and the concerts became longer. On this night, Absolutely Sweet Marie and Seeing the Real You at Last soared. Dylan crooned like a Celtic balladeer on Barbra Allen, and his emphatic cadence on It Ain’t Me Babe brought pleasure to the ladies at the fair. I was hooked. The Grateful Dead’s influence on Dylan was undeniable. Every night Dylan was painting a fresh masterpiece.


10-19-88 Radio City Music Hall…The tour closed out with four nights at Radio City Music Hall. There was a  buzz surrounding these shows due to Dylan’s  momentous tour and the recent release of the Traveling Wilbury’s Volume 1. I attended three of these Radio City Shows. The final night was one for the ages.  The surprise of the opening seven-song electric set was Bob Dylan’s 115th Dream. Bob’s voice was a little cranky at times, but The Dylan is at his best when he’s fighting through hiccups.
Dylan added the Neville Brothers Vietnam verse to a captivating With God on Our Side, to the delight of the audience. The four-song acoustic set was chased by an explosive trifecta: Silvio > In the Garden > Like a Rolling Stone.  In the Garden was mindboggling, transformed from a pleasing gospel number into a venue rattling rocker.
Dylan reached back to Harry Smith’s Folk Anthology for a stunning version of Wagoner’s Lad to launch the five-song encore.  The Lonesome Death of Hattie Carroll followed, yes it was a perfect night. During Knockin’ on Heaven’s Door, Dylan and G.E. traded their acoustics for electrics as the band crashed in. A searing All Along the Watchtower and Maggie’s Farm ended the premier concert from one of the most pivotal years of Dylan’s career. I was there.
He not busy being born is busy dying.
For more on the Never Ending Tour, check out Tangled Up in Tunes: Ballad of a Dylanhead
Howard Weiner's new book --Tangled Up in New York: Shakedown on the Streets 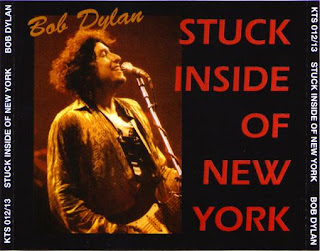