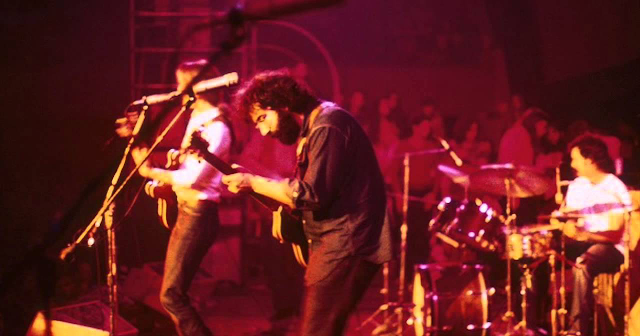 Fifty years ago today in Paris, an excerpt from Europe 72 Revisited:

On a whim, the Grateful Dead made a trip to France to play one show at the Chateau d’HerouvilIe on June 21, 1971. That was a relaxed and lengthy one-set affair. Now they were a revamped band on a mission to perform transcendent music and to capture stellar performances for their new album. They succeeded on both accounts at the first of two shows at the Olympia Theatre in Paris on May 3, 1972.

L’Olympia was another legendary European theater with opulent décor and rich history. Opened in 1893, this venue hosted concerts by jazz legends such as Louis Armstrong, Billie Holliday, Ella Fitzgerald, and Sidney Bechet in 1955. Bob Dylan played a show in L’Olympia on his 25th birthday, May 24, 1966. On that night, Dylan opened with an acoustic set that featured four new anthems that the Grateful Dead would cover: “Visions of Johanna,” “It’s All Over Now, Baby Blue,” “She Belongs to Me,” and “Desolation Row.” For set two, Dylan played in front of a huge stars and stripes flag. He hadn’t done this at any other show in Europe. The crowd was already primed to hassle Dylan because he was about to come on stage and overwhelm them with electric music. All through Europe, crowds reveled in the sport of booing Dylan’s electric music, and the American flag was like throwing salt in the wounds of the Parisian spectators. Dylan was never one to run from confrontation, especially when he was a young man. 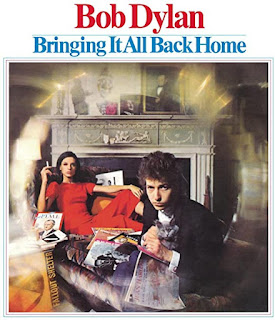 The Grateful Dead were also pushing the boundaries of their audiences with groundbreaking music, but they did so with a loving feeling. The time-tested triple shot opening of Bertha > Me and My Uncle > Mr. Charlie proved to be a winning combo for the Parisian faithful on opening night. The band remains locked in for a wonderful “Black-Throated Wind” that draws enthusiastic applause. Following a lively “Chinatown Shuffle,” the Dead deliver a gem of China Cat > Rider. This is the beloved version that ended up on Europe ’72.

The ambiance and flow of this performance are magical. As I noted earlier, Garcia doesn’t showboat during the Cat > Rider segue on this tour. The sonic texture and atmosphere of this jam is mapped out exquisitely—every lick from every musician adds to the overall aural delight. There’s a dreamy, feathery feel to the music. This Cat > Rider is the embodiment of virtuosic group synergy.

Every song is performed with an attention to detail during this set. A crisp “Beat it Down the Line” is followed by “He’s Gone.” The bridge is sung smooth and the tempo is softer. We’re getting closer to the feel of the version selected for Europe ’72. The 5-3-72 version has a cool instrumental fade where the band lowers the volume of the playing, essentially rocking the song to sleep. After a song inspired by the departure of the band’s former money manager due to larceny, the next song’s opening line is ironic: “Next time you see me, things won’t be the same.”

In between the psychedelic inferno of “Playin’ in the Band” and a substantial “Good Lovin’” workout, the Dead struck gold with a superb performance of “Tennessee Jed” that was selected for Europe ’72. Keith’s tasty piano runs fill the gaps between Jerry’s vocals. And the band lays down a solid foundation for Jerry’s screaming solo, which yearns and burns for Tennessee.

The tour debut of “Sing Me Back Home” is the penultimate song of the set. Lyrically, Merle Haggard’s tune is a nice fit in the Dead’s repertoire, alongside the likes of “El Paso,” “Mexicali Blues,” “Me and My Uncle,” and Weir’s Haggard song, which wasn’t played on this tour, “Mama Tried.” Jerry takes this gripping number about a death row inmate’s last request for one more song from his guitar-playing friend and slows it down to a snail’s pace, thereby magnifying the melancholy vibe of the tune. Yet with his angelic singing and heartfelt guitar solo, Garcia tapped into bittersweet territory like only he can. “Sing Me Back Home” was now officially the slowest-paced song of the tour. “Casey Jones” provided an uplifting rush to end the set.

Set two begins with an atomic explosion in the form of “Greatest Story Ever Told.” Señor Garcia simply shreds the 5-3-72 “Greatest Story.” Garcia’s oblivious to building. Jerry accelerates and ignores all road signs—screw the band! Let’s see if they can hang with me. The band scrambles along and plays confidently as Garcia tramples like an enraged bull. This is an elite version. 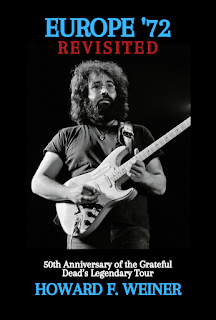 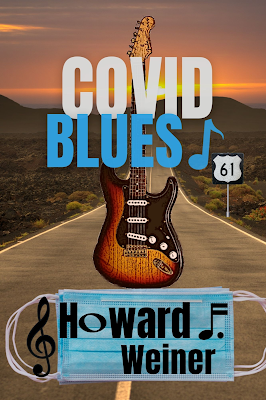