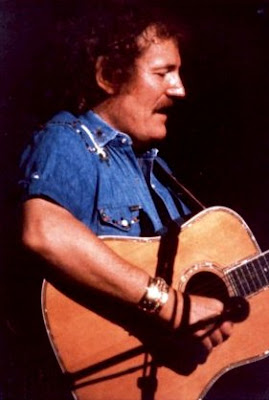 “You can’t jump a jet plane like you can a freight train” and you usually don’t run into an old friend who happens to have an extra ticket for a Gordon Lightfoot concert while waiting for the Downtown 4 Train. At 2:14 PM, my old friend J Marc, who I hadn’t seen in a few years, spotted me on the underground platform waiting for the Downtown Express. He lives in Southern New Jersey and comes into Manhattan once a year. With all the various subway lines and the frequency with which they run, this encounter was a million to one probability. Then, throw in the fact that my favorite Canadian folk artist was in town that night and J Marc had an extra ticket, and the whole thing was just weird and whacky. Destiny and lady luck was shining on me. I would have preferred to win a mega millions lottery, but this ended up being a fine evening of entertainment.

Gordon was delighted to be performing at the Town Hall again. As he noted during the concert, this intimate Midtown theatre was the site of his first New York gig opening up for the Paul Butterfield Blues Band in 1968. He also reminisced about playing in the Village mentioning places like the Bitter End and performers like Jerry Jeff Walker. Seated in my orchestra seat, I imagined what it must have been like to watch a baby-faced Dylan perform Masters of War here in April of 1963. Ah, the good old days, which I was too young to be part of.

Lightfoot is still a striking figure with commanding stage presence. He looked like a well dressed swashbuckling pirate as he serenaded the audience with his arsenal of classics with a few newer compositions tossed in. His familiarly distinctive voice was evident, but it was a little tinny and hollow. This turned out to be a blessing in disguise because his four piece band faithfully reproduced his songs note for note, so his softer vocals made the songs sound fresh. Lightfoot kicked the evening off with a pair of crowd pleasers – Cotton Jenny and Carefree Highway. He delivered every song I desired to see without any preconceived shtick, which is refreshing.

The highlight of this two set affair that ended with a two-song encore was The Wreck of the Edmund Fitzgerald.” Ending the opening set, Fitzgerald was energetic and it stood out as the masterpiece from his back pages. I have a strange predilection for songs about ship tragedies that dates back to my childhood. One of the first albums I ever heard was a live Weavers album that contained Guthrie’s The Sinking of the Rueben James. I listened to that song repeatedly when I was five years old. Here are a couple of analogies for you; Edmund Fitzgerald is to Lightfoot as Hurricane is to Dylan and Johnny Cash is to American music as Lightfoot is to Canadian music.

The finale of the second set, Early Morning Rain, sparkled as well. As Gordon sang this I was savoring the amazing lyrics. No wonder so many others covered it and Dylan has such high praise for Lightfoot. Other fine performances that made this a memorable night included Sundown, Don Quixote, The Watchman’s Gone, Beautiful, A Painter Passing Through and Rainy Day People. Of the approximately 24 songs, the most noticeable absentee was Canadian Railroad Trilogy. If You Could Read My Mind was part of the concert, but it was the one tune that was off target, it just wasn’t performed well. However, it was a great night of music, Lightfoot gave it his all.

I can now say I’ve seen the legendary Gordon Lightfoot thanks to a simple twist of fate. That afternoon I didn’t even realize he was in town until I bumped into an old friend. Sunday night I’ll be enjoying Van Morrison at the Theatre at MSG. In June I’ll be spending several nights with Dylan and his Cowboy Band as well as seeing a Levon Helm Ramble in Central Park. Artists like this are the last of a dying breed, so I gotta hop the freight trains while I can.
at April 27, 2007

Both Dylan and Lightfoot will be in Orillia, Lightfoot's home town, on the same weekend in early July. Dylan is playing at Casino Rama and Lightfoot on that Sunday at the Mariposa Festival.

that sounds like a good reason for a road trip