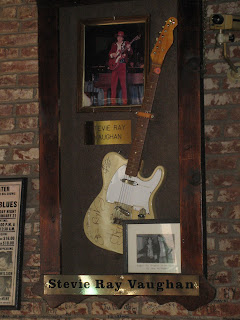 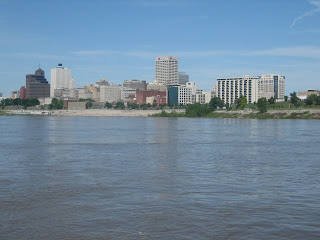 I arrived in Memphis on Sunday afternoon and headed straight for Beale St. I dined on some swordfish while checking out a band called 2 Weeks Notice at the King’s Palace. Armed with a super-sized cup of brew, I browsed the shops for odd pieces of music memorabilia. Later on I checked out bands at W.C. Handy Park, B.B. King’s and the Rum Boogie Café. I spent the remainder of the night feasting on inexpensive barbequed animals while guzzling booze.

After an atrocious breakfast, I boarded a cable car bound for Sun Records Studio to pay homage to Johnny and Elvis. In the afternoon I checked in with the ghost of Otis Redding over at the Stax Museum. It’s not in the best part of town, but it’s my favorite Memphis attraction. While I was standing where these legends made history, the Dylan road show was unloading their set up at the Orpheum Theatre at the corner of Beale and Main. It was pint night over at the Flying Saucer Draught Emporium which was located around the corner from the Orpheum. The beer goddesses were voluptuous and the Pauliner’s were two dollars, but I eventually staggered over to the Orpheum. Dylan made his own musical history with brilliant versions of She Belongs to Me, Positively 4th St. and Hard Rain. In a delirious post-concert state, I stumbled down to Alfred’s on Beale where I performed a stellar karaoke rendition of Like a Rolling Stone. My memory of the rest of the night is a little fuzzy.

On another beautiful April in Memphis day, I sailed the mighty Mississippi in the Riverboat Queen. At the Dylan concert that night, he played three songs that referenced boats, captains, and the Mississippi River. I can see why Henry De Soto decided to stop off in here in 1541. On this night at the majestic Orpheum, Dylan played a completely different set from the night before highlighted by Don’t Think Twice and Blind Willie Mc Tell. I saw Dylan at Auto Zone Ballpark in downtown Memphis in 2005. I can’t wait to return. 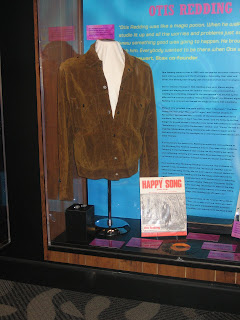 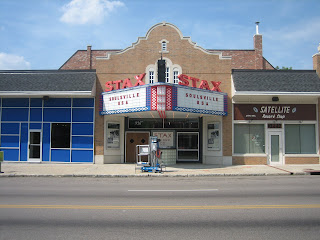 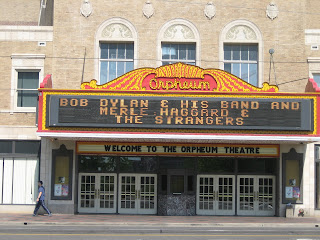 Best Performance of a Modern Times song: 11-18-06 Nettie Moore and 11-20-06 Ain’t Talkin’ – Dylan’s vocals on Nettie Moore were sweeter with each passing version. Ain’t Talkin’ had a huge debut on the last show of the tour. It was impressive bordering on spectacular.

Worst Performance of a Modern Times Song: 11-13-06: Spirit on the Water – it was a wretched rendition, bleeding awful. The band went into an eight minute coma while Dylan tried to find the right key to sing in. I like the way this song fits on Modern Times, but in concert it’s a rotting carcass.

Out of the Dog House Award: 11-13-06 Honest with Me – The new arrangement sparkled, shining a light on the great lyrics.

Oh No, Not Again award: 11-20-06 Summer Days – Once I heard the inevitable opening lick, I stepped into the lobby of the New York City Center, ordered a double scotch on the rocks and started punching myself in the head.

Best Down-singing: 4-24-06 She Belongs to Me - You gotta love Dylan's vocal inflections

Check out parts I and II for best concerts and performances
at December 23, 2006