TALES OF A COWBOY BAND: PART 1 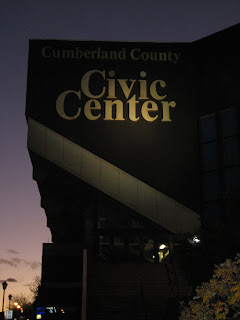 In 2006 I had the distinct pleasure of seeing Bob Dylan perform 12 times. This broke my previous watershed marks of 11 in 2005 and 10 in 1989. If you want to read longer screeds, I have full length reviews posted on the Bob Links page for each show I attended. Here’s the best of 2006 based on my perspective from those concerts

Gold Medal – “Desolation Row” Portland, Maine 11-09-06…You might have to go back to Europe 1966 to hear a version this stunning. It commences sounding like a religious service as Dylan lays down some naked organ sounds and clearly proclaims, “They’re selling postcards of the hanging.” Bob’s annunciation and vocal phrasing was remarkable throughout this eleven minute masterpiece. After the first chorus, Stu Kimball aggressively strummed the song’s signature acoustic guitar chord progression. Denny Herron and Denny Freeman pull off some stunning improvisation between Dylans’s singing, starting with the third verse. Denny would play a four note lead with Donnie repeating the same melody slightly delayed, giving the music an echoing mind left body effect. This doodling met with Dylan’s approval as he involved himself in the cat and mouse game during the instrumental breaks. This version was so fresh that I felt like I was sniffing drainpipes for the first time. 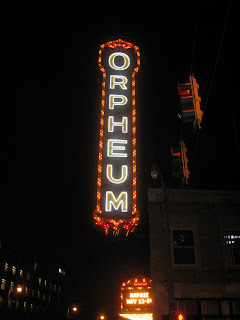 Silver Medal – “Positively 4th St”. Orpheum Theatre, Memphis, Tennessee 4-24-06…There’s nothing like it, this is something only Bob Dylan can generate. A couple of lines into this venomous 1965 classic Dylan began to creatively use his staggering vocal inflections (up-singing). Impressed with his singing technique, Dylan began to do it after each line until it started happening rhythmically on every third word. He delivered a message suggesting that the anger his lyrics were expressing were so outrageous, it was comical. At the time, I was smiling so hard my face was hurting. As a listener just when you thought Bob was settling into some kind of vocal pattern he pulled the rug out from under you. The band playfully tried to mimic their leader during the instrumentals. Dylan brought it home with a sublime harp solo. The awe of this performance was the knowledge that you were witnessing Dylan having a great time in-the-moment and you were observing something that could never be duplicated. Moments like this are why I put my life on hold, pack my bags and head off to see “The Bob Dylan Show.”

Bronze Medal – “Simple Twist of Fate” 11-16-06 Continental Arena, East Rutherford, N.J…The timing for this bronze medal winner was perfect. “Things Have Changed” preceeded “Fate” and was in contention for this spot. As the eighth song of the night, “Twist of Fate” benefited from the tidal wave of momentum created on this stormy Jersey evening. It was the last song I expected, but nobody expects the Spanish Inquisition. I hadn’t seen this since the G.E. Smith era back in 1989. Many of Dylan’s acoustic gems from his back pages have had bumpy transitions as they are rearranged by the mad scientist behind his organ. However, Simple Twist of Fate was recreated tastefully. Bob and his Cowboy Band conveyed this with tender-loving care. Dylan’s coarse vocals worked well thanks to his attentive phrasing. His lush organ melodies added texture to this sparkling rendition. Denny and Donnie added perfect brush strokes with their solos before Dylan closed out the deal with a feathery harp solo that flowed like leaves falling from trees.
at December 13, 2006