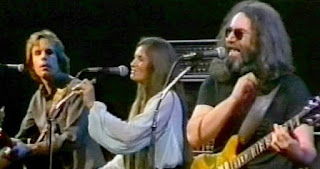 Prior to the Godchauxes’ last gig as members of the Grateful Dead in the Oakland Alameda Coliseum on 2-17-79, relationships between band members were deteriorating, and Keith’s drug addictions turned him into a shell of the innovative piano player he once was. And for the first time in their storied history, the Dead hit a sustained rut. In 1978, the band played brilliantly at times, and at other times they went through the motions and banged out dull set lists. Garcia had laryngitis early in the year and was hospitalized with bronchitis late in the year. During the last six months of ’78, if the band had played more shows like they did on Keith and Donna’s final night, replacing the Godchauxes would have been unthinkable.
“Greatest Story Ever Told,” the Weir thriller that had not been played in five years, establishes the tone for this imaginative show in the opening slot. There are no screaming shrieks from Donna as the house lights remain on and the boys wail—Jerry engages his Mu-Tron filter and shreds a shrill run—dramatic and emphatic. The Oakland Coliseum is in heaven. This was the first time “Greatest Story” appeared as an opener, and it was the last extended jam on this tune, as the band chose the path of least resistance on most future renditions. “Greatest Story” would never again rock as hard or as long as it did in the Godchaux era. This show immediately took on an air of celebration as the band steamed through “Don’t Ease Me In,” another unexpected guest in a strange place. This was the most thoughtful set list the band constructed since 7-8-78 Red Rocks. There must have been sadness and sentimentality involved during Keith and Donna’s last show, but the music is euphoric—a divorce has never sounded so sweet. 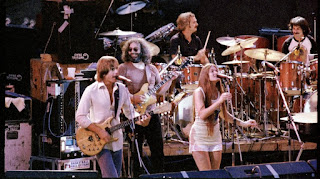 Donna’s final performance as lead vocalist occurred early in set two with “Heart of Me,” and was followed by a bawdy “Big Railroad Blues.” The unusual succession of songs kept the musicians on their toes, and it gave 2-17-79 a brazen flavor—there’s no show remotely like it. Lazy Lightning > Supplication is a psychedelic blitzkrieg to end the opening set, and the Terrapin > Playin’ combo is a hearty prelude to the evening’s second set masterpiece. 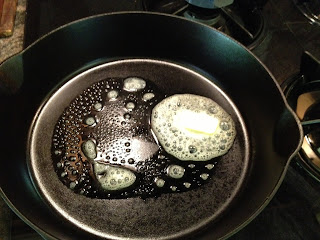 “The Wheel” spins out of Drums > Space, and Chez Garcia dishes out some sizzling-butter-hits-frying-pan licks as “The Wheel” rotates to a brief pause. The band reloads and ignites the funkiest stroll down “Shakedown Street.” The thunderous opening is a mix of collective improvisational genius and execution. The 2-17-79 “Shakedown” also features rich group vocals and a charged between-verse solo from Jerry. The lengthy Shakedown > Playin’ reprise transition transcends and travels through multiple dimensions of time and space. This was the final psychedelic meandering of one the great eras in the annals of live music. The Godchaux Dynasty ended with “Sugar Magnolia” and a “One More Saturday Night” encore.
The denizens of the Bay Area were still in shock from the horrific atrocities of November 1978. Reverend Jim Jones, the founder of the People’s Temple and influential figure in San Francisco political circles, initiated a group suicide that resulted in the mass murder of 918 of his followers in Jonestown, Guyana. Nine days after the unspeakable massacre, San Francisco mayor George Moscone and city supervisor Harvey Milk were assassinated. Times were crazy in America, and they didn’t improve over the next year. There were gas shortages and furious motorists as inflation and stagnation pinched the pockets of the working man. American hostages were humiliated in Iran as the Soviet Union invaded Afghanistan. In the thick of this chaos, one thing was for certain: If the Grateful Dead weren’t touring, Jerry Garcia and John Kahn were.
On February 17, 1980, the Jerry Garcia Band arrived on the campus of SUNY Oswego to play a show in Laker Hall on the shores of Lake Ontario, and in the shadows of the Nine Mile Point Nuclear Station. The night before, the neophyte amateur hockey players representing the United States of America thrashed the second-best team in the world, Czechoslovakia, 7–3. A Miracle on Ice was looming. In a few days, David would slay Goliath. The US hockey team shocked the world as they upset the Soviets, one of the greatest teams in the history of the game, and the American kids went on to win the gold medal in Lake Placid. Strange things were happening in Upstate New York, and the Jerry Garcia Band tapped into that vibe on 2-17-80. 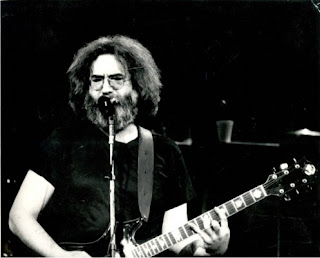 A bare-bones quartet of Garcia, John Kahn (bass), Ozzie Ahlers (keyboards), and Johnny de Foncesca (drums), kicked the festivities off with “I’ll Take a Melody.” The show’s ascent to immortality began with the fifth tune, “Deal,” as the crowd roared after Jerry tacked on an extra solo. Later in the year, the Dead adopted the JGB format of “Deal,” and the song became a set-ending jamming showcase. The opening set of 2-17-80 ended with long and ridiculously hot offerings of “Positively 4th Street” and “That’s All Right Mama.”
Commenting on his fascination with Dylan’s songwriting in an interview with David Gans, Garcia said, "It was the beautiful sound of ‘Positively 4th Street’ that got to me more than the bitterness of the lyric. The combination of the beauty and the bitterness, to me, is wonderful. It’s like a combination of something being funny and horrible—it’s a great combination of two odd ingredients in the human experience." Jerry manages to tap into the sadness of Dylan’s anthem as he celebrates and expands the beautiful sound.
Out of this extraordinary second set, two pieces stand out: Chuck Berry’s “Let it Rock,” and the majestic JGB cover creation, After Midnight > Eleanor Rigby > After Midnight. In this stripped-down quartet, Garcia shouldered a heavy load. During “Let it Rock,” his guitar relentlessly pounded like a steel jackhammer. Perhaps Garcia was tapping into the turbulent weather that drops about twenty feet of snow on Oswego every winter, but his aggressive virtuosity was stunning. 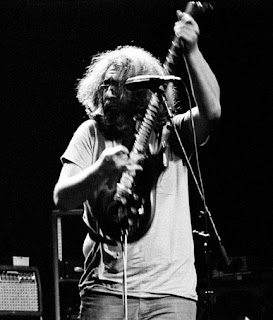 The Jerry Garcia Band only played six versions of Midnight > Rigby > Midnight, all with this quartet configuration. Garcia glides into “After Midnight” nonchalantly, singing the lyrics thoughtfully. Time constraints vanish as Jerry and Ozzie trade solos in a long instrumental segment that eventually is played over a funky beat. As the band drifts towards “Eleanor Rigby,” they are in segue paradise—anxious to play the Beatles song, but in no hurry to leave “After Midnight.” “Rigby” is a jazz moment for JGB as they gradually increase the tempo with each round. After nailing the melody double time, Garcia bids farewell to “Rigby” with careening chord progressions until the jam smolders back into “After Midnight” and a final rock and roll blitzkrieg. 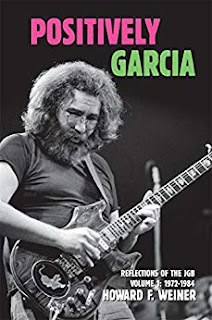 I delve deeper into 2-17-80 Oswego in Positively Garcia: Reflections of the JGB (2013). I ranked it as the fourth-greatest Jerry Garcia Band show. This remarkable performance shows another side of Garcia: his fascination with deliberately exploring Dylan tunes; his love of Motown and reggae on numbers like “Harder They Come,” “Sittin’ in Limbo,” and “How Sweet it Is;” and his passion for tunes that inspired him to play guitar, “Money Honey” and “Let it Rock.”
For more on February 17 and the other 33 essential dates of GD History, check out Deadology 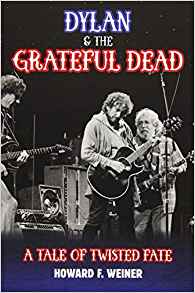 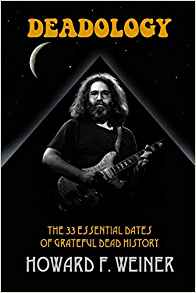 The 2/12/80 After Midnight with Eleanor is the one for me, and I think I heard them all.