A date that almost made the cut as one of the 33 essential dates of Grateful Dead history. 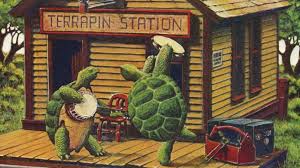 Let my inspiration flow, in token rhyme suggesting rhythm, that will not forsake me, until my tale is told and done. Those were the first words sung during the opening song of the Grateful Dead’s first concert of 1977 on February 26 in the Swing Auditorium in San Bernardino. With the sprawling lyrics of Robert Hunter’s epic masterpiece, Garcia and mates fearlessly debuted “Terrapin Station.” It was a telltale sign of the glory to come throughout the year. The 2-26-77 “Terrapin” is an outstanding performance considering Garcia memorized all the lyrics, and the band executed a complex composition almost flawlessly for their first performance of the year.


In the middle of this historic opening set, “Estimated Prophet” was debuted. The two numbers from the yet to be released Terrapin Station, were substantial songs that were immediately repositioned in the second set where they would flourish. With its catchy hook and reggae/ rock beat, and powerful chorus featuring Donna and Jerry brightly singing, “California,” “Estimated” thrilled the Cali Deadheads. On this same day in music history, “New Kid in Town,” from the Eagles, Hotel California, rose to the top spot of the Billboard pop chart. Back in the Swing Auditorium, a sizzling “Sugaree” follows “Estimated Prophet,” and Playin’ > Wheel > Playin’ closes an opening set that could pass as a second set.
One of the great joys of listening to 2-26-77 is the sound quality of this Betty Board. Betty Cantor, a sound engineer for the band, is famous in taping circles for the robust mix of her reel to reel recordings. A batch of her soundboard tapes were liberated in 1986, and my favorite of this batch is 2-26-77—unbelievable audio, it sounds like Phil’s pounding bass by your side. 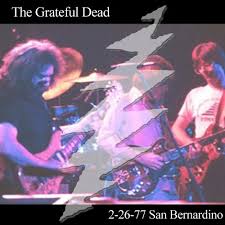 Three standalone songs including a ripping “Music Never Stopped” launch the second set setting the stage for Help > Slipknot > Franklin’s in all its congruent glory. In 1976 the band often segued out of “Slipknot!” into a song that wasn’t “Franklin’s.” These flirtations were enjoyable, but there are few Grateful Dead moments more majestic than when the band works its way out of “Slipknot!” and builds that gripping bridge into “Franklin’s.” On its own, the segue bridge is a masterpiece filled with anticipation, discovery, resolution, and orgasmic release. It has the flow of a Coltrane solo with the dramatic elegance of a Miles arrangement. 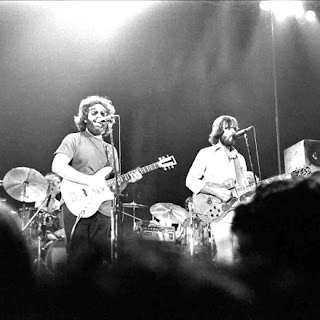 Garcia put the exclamation point into “Slipnknot!” The Dead are on a quest to impress and they are as hot as any band can be on their first show of the year. During the intoxicating yet redundant flow of “franklin’s,” Garcia is locked in as he takes advantage of each solo to voice a fresh and exciting idea. In one solo, Garcia finds a phrase he likes and repeats it with a slight variation, and hammers it again with another subtle twist of emotion. Garcia had that knack of discovering a great riff and putting it under a microscope, so the audience could revel in it as much as he did.
On 2-9-73 the Dead added a batch of originals into their live rotation, and they were making great progress with these tunes as they rolled into the Pershing Municipal Auditorium in Lincoln, Nebraska on February 26. “Loose Lucy” and “Row Jimmy” are coming on strong as the jams in China Cat > Rider and the set ending “Playin’ in the Band” continue to mature. “They Love Each Other” gets set two off to a pleasant start and Garcia’s leads percolate on the ensuing “Big River.” Prior to the evening’s main entrée, there’s a torrid rendition of “Greatest Story Ever Told.” The band’s rocking hard and Garcia’s pushing full blast from the get-go. Donna’s heartfelt screams interrupt the listener’s flow, but Garcia storms through and sticks a dramatic ending. 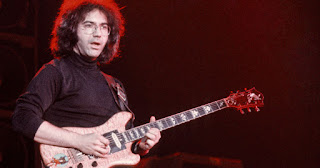 Phil’s bass announces the beginning of the expedition, and Garcia’s flurries set “Dark Star” afloat. Jerry bends a run of low notes with attitude as his mates fill up the canvas. Kreutzmann’s drumming is phenomenal. Lesh introduced Billy to the music of the great jazz drummer, Elvin Jones, and Billy’s skill level as a drummer was breathtaking by 1973. Without a doubt, he could have held his own in any jazz trio. The journey rolls on and Pershing Memorial Auditorium is sucked into a time out of mind trance. Around twelve minutes in Garcia latches on to a lush riff and squeezes the grapes until it’s fine wine. Finally, Garcia chimes in: “Dark Star crashes, pouring its light into ashes.”
There’s some strange, yet enticing guitar work from Weir, and Phil’s virtuosic bass leads dominate the landscape. The post verse jam is short, by “Dark Star” standards, and twenty-five minutes into this expedition, they enter the rapture of their latest great creation, “Eyes of the World.” This is the third time the Dead has trotted out this dazzling combo, and this “Eyes” is an impressive seventeen minutes long. “Eyes” peaked later in the year and stayed in rarified air throughout ‘74.
The Dead played Oakland Coliseum on February 26 in 1990, 1994, and 1995. I did some spot listening to these gigs and didn’t discover anything extraordinary. Although, I’m sure there are Deadheads who had religious experiences at these shows. The Jerry Garcia Band played a solid show in the Ocean State Theatre in Providence on 2-26-80 towards the end of an exceptional tour. Robert Hunter joined JGB on stage for “Tiger Rose” and “Promontory Rider.” The gig also featured a hot “Mission in the Rain” and a “Dear Prudence” encore. 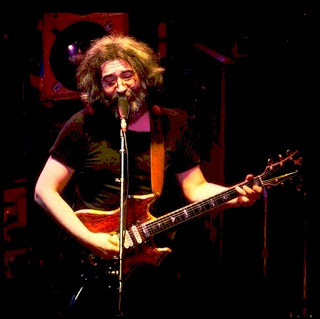 Just as they had done in 1977, the Grateful Dead’s 1981 touring year commenced with a ripping show on February 26. Going to heaven out of the gate, The Boys opens with “Feel Like a Stranger” and “Althea” from their latest studio album. This was the first of three consecutive gigs in Chicago’s Uptown Theatre. The “Stranger” jam has a festive Hawaiian luau vibe, and “Althea” is heavenly hypnotic. The crowd roars its approval after Jerry delivers a standout last solo. If you love “Althea,” 1981 is your year. The opening set of 2-26-81 has standard selections including Me and My Uncle > Big River, a nice touch on the forty-ninth birthday of Johnny Cash. During the set closing “Music Never Stopped” jam, the band jumps into an early crescendo, but Garcia uses his veto power to find a path to keep the instrumental flowing. Chicago was an unusual location for the Dead to kick off their touring year. The energy of the Windy City Deadheads inspired the musicians. 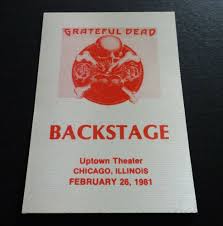 Cat > Rider smokes after break. “I Know You Rider” is a savage action-packed adventure, characteristic of live versions of this number in’81. The energy is consistently present throughout the set, and the highlight is the sensational jam after “He’s Gone.” It’s twelve-minutes of relentless improvisation that teases “The Other One” and resembles a “Caution” jam. The best pre-Drums jam of the year is the He’s Gone > Caution > Spanish jam from the Nassau Coliseum on 5-6-81. These freeform improvisations helped fill a black hole in the Grateful Dead universe since “Dark Star” had become a rare occurrence between 1976 and 1988. 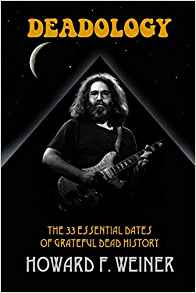 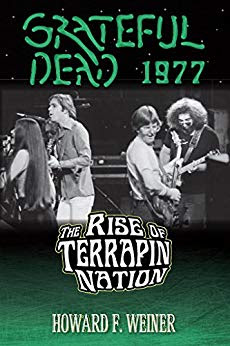