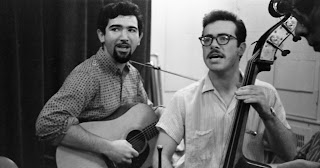 The expansive legacy of Cinco de Mayo in Deadology began on May 5, 1961. Jerry Garcia and his new friend, Robert Hunter, played their first gig together at Arroyo’s Lounge. Their compensation from the bar was five dollars. Make good money, five dollars a day. If I made any more I might move away. 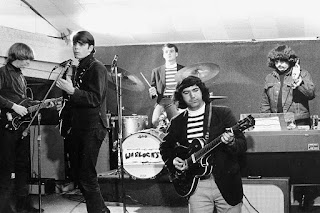 The Warlocks second live performance was at Magoo’s Pizza Parlor on May 5, 1965. The set list is unknown, but the band would play Magoo’s a few more times. Two weeks later at Magoo’s, Phil Lesh first saw the band, and on that night, Garcia asked Phil to be The Warlocks’ bassist. By the time the year was over, the Warlocks would change their name to the Grateful Dead and would embark on a musical odyssey like no other.
The Grateful Dead played eight times on Cinco de Mayo, and Garcia and Kahn played a landmark acoustic gig in Oregon State Prison on 5-5-82, although the actual date of that gig is questionable. I go into all this in more detail in Deadology, but here are thoughts on some of the extraordinary May 5 performances. 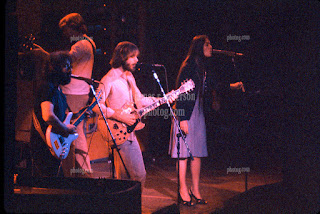 5-5-77 New Haven: This is the precursor to the legendary trifecta, Boston (5-7), Cornell (5-8), Buffalo (5-9). The versions of “Sugaree,” “Music Never Stopped,” and Scarlet > Fire where all the best to date, although the Dead would quickly exceed these heights on an almost nightly basis. The New Haven celebration ends with a bold St. Stephen > Sugar Magnolia. In any other year this would be an elite show. In 1977, New Haven is just another spoke in a wheel that was on fire.

5-5-82 Oregon State Prison: This fabulous performance was captured on a soundboard recording and was sold as a bootleg CD with the title Lonesome Prison Blues. And now, there’s confusion and debate over the real date of the show. 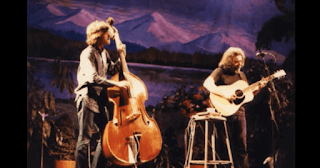 According to an informative blog, Jerry Garcia’s Middle Finger, there’s a sheet of paper in the Grateful Dead Archives stating that the Oregon State Pen show was from 12-2 PM on Saturday the 5th. On June 5, 1982, Garcia and Kahn played an evening show in Eugene, a one-hour drive from Salem. It’s certainly plausible that this gig took place on June 5, but the evidence isn’t overwhelming. Without additional confirmation or proof, we can’t rule out that this show didn’t take place on May 5. And since this popular performance has been immortalized as 5-5-82, it will live that way in folklore until some additional corroboration for June 5 is produced. The mystique surrounding this acoustic presentation is perplexing. Nobody seems to know why Garcia played there, or how this date was booked. Since just about every lick Garcia played in the ’80s has been documented and analyzed, the mysterious nature of this performance is refreshing. May the secrets of 5-5-82 remain just that!
As most of you know, this is a spectacular performance start to finish. The singing and acoustic picking on “Friend of the Devil” is sublime. In a somber tone Garcia croons, “The sheriff’s on my trail. And if he catches up with me I’ll spend my life in jail.” Imagine the thoughts of the prisoners as they wistfully look back on their final days of freedom. It Takes a Lot to Laugh, It Takes a Train to Cry > Run for the Roses sparkles—best-ever versions. And the “Rueben and Cerise” encore is acoustic perfection. 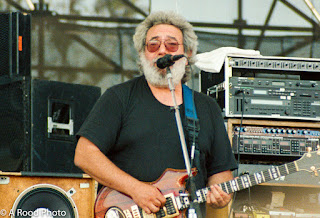 5-5-90 California State University Dominguez Hills: Listening to the Grateful Dead channel on Sirius satellite radio, I stumbled across an interesting show from this date, and one of the best opening sets of 1990. The Dead opened with the feel-good singalong “Let the Good Times Roll,” and followed with “The Race Is On,” since the 116th running of the Kentucky Derby took place that afternoon. When the band strikes up the infectious beat of “Help on the Way” in the third spot, I sensed this was a special show, one that I needed to listen to all the way through. There’s a sedated pace throughout Help > Slipknot! > Franklin’s; perhaps the 102-degree temperature came into play here. “Queen Jane Approximately” sizzles as Garcia zestfully picks and pokes away on this number from Dylan’s Highway 61 Revisited. “Queen Jane” was consistently one of Weir’s best vocal performances of a Dylan song. The opening set closes with “Loose Lucy” and “One More Saturday Night.”
I dig deeper into theses shows and the rest of May 5 in Deadology.