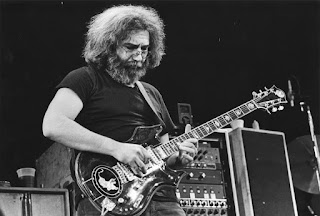 I can’t recall why I was late, but ‘Jack Straw” was smoking as I entered Madison Square Garden on 10-11-83. I was oblivious to the fact that the Dead opened the show with “Wang Dang Doodle.” With my accountant by my side, I found my seat and swayed to a hot “Loser.” It’s hard to get excited about an Uncle > Mexicali combo, but this was an insane “Mexicali.” I thought we were halfway through the opening set as Jerry noodled through a tantalizing “Birdsong.” “The set abruptly ended with “Hell in a Bucket” and “Day Job,” two new tunes that pissed me off. In fact, when the lights came on, I yelled, “You guys suck.” Perhaps this was a sign that I was taking things too personally. I’ve come to love this first set. The Wang Dang Doodle > Straw opener is killer. 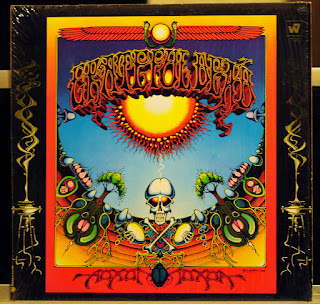 I'd heard the “St. Stephen” rumors, and the instrumental teases over the past few tours, and when the moment arrived, I was unprepared. 10-11-83 didn’t have the makings of an extraordinary night, but the Boys electrified the Garden by playing “St. Stephen” for the first time in four years. The excitement of the moment was hard to control or express. My accountant and I were hugging, tackling, and slapping each other—a Three Stooges moment. I’ve gained a greater appreciation for the second set listening to this show over the years. The St. Stephen > Throwing Stones transition is magnificent, and thematically, “Touch of Grey” is a wonderful follow-up. Returning home, my accountant’s old warhorse Delta 88 started smoking. On the Palisades Parkway median, it died. The engine was shot—dead from natural causes—a sacrifice to the Grateful Gods. There was no parkway like the Palisades. She was a kind road loaded with personality, and now and then, she liked to twist your fate. 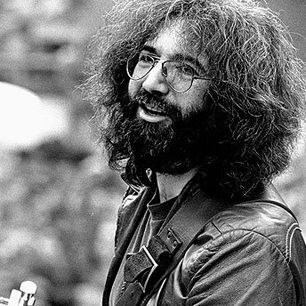 On the way to MSG the following night, I witnessed my lawyer at the height of his driving prowess. Stalled in horrendous traffic, he stepped on the gas and swung his yellow Coup de Ville from lane to lane with reckless abandoned. He created lanes where they didn’t exist. My lawyer had a front row seat at MSG, and no George Washington Bridge gridlock was going to make him late for Jerry. The ghost of Neal Cassady was with us. By the slimmest of margins, he narrowly avoided thirty fender benders and got us to the Garden before the band opened with “Cold Rain & Snow.
Help on the Way -> Slipknot! -> Franklin’s Tower ignited the second set on 10-12-83, and it was perhaps the best thirty minutes of live music I’d ever witnessed. I positioned myself behind the stage and grasped the magnificence of what it’s like to perform in Madison Square Garden. I surveyed the floor of Deadheads dancing and swaying as one. The electricity that can be generated in the Garden is undeniable. The atmosphere absolutely fuels greatness. 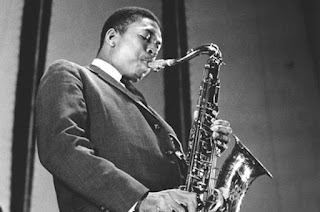 Garcia’s creativity was ceaseless during “Slipknot!”—Coltrane-like riffs took flight, and there was a gritty workingman’s quality about it all. Jerry extended time, constantly in motion, yet relaxed in the moment. The Scarlet Begonias -> Fire on the Mountain I witnessed two nights later in Hartford was equally brilliant. Garcia may have appeared detached from those around him, but he was aligned with spirit, speaking through his Tiger. To top off this memorable two-night stand in the Garden, the Dead played “Revolution” for the first time in the encore slot.The individuals identified as my accountant and my lawyer weren't that at the time, but they are now.
Howard F. Weiner's latest book: Dylan and the Grateful Dead: A Tale of Twisted Fate 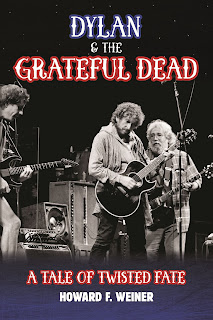 More Dead road tales: Tangled Up in Tunes: A Ballad of a Dylanhead, Fifth Anniversary Edition 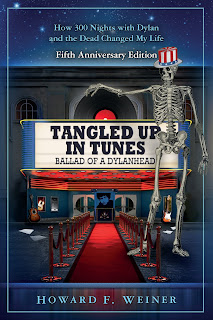