Friday the 13th Deja Vu: Dylan in the Beacon Theatre 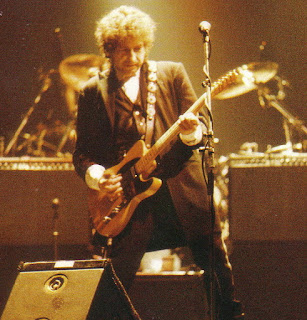 Excerpt from  Dylan and the Grateful Dead: A Tale of Twisted Fate


Dylan’s run at the Beacon began on October 10, 1989. That night I was at Shea Stadium for a Rolling Stones concert in support of their new album, Steel Wheels. The Stones were also playing Shea Stadium on the 11th, but I picked the right night to be there. Eric Clapton joined the Stones for a mind-blowing blues assault on “Little Red Rooster.” It was a phenomenal show with an elaborate stage production. Steel Wheels was their most rocking album in a long time. Even though their set lists didn’t differ much, I could have gone to see this show five nights in a row.


The Oh Mercy songs debuted on the tour’s opening night at the Beacon Theatre were “Everything Is Broken,” “Most of the Time,” and “What Good Am I?” This trio was also performed the following two shows. These were strong shows that I enjoyed very much, but my memory of them was obliterated by Dylan’s astonishing performance on Friday the 13th. Dylan stormed the stage in a gold lame suit and pointy white boots. My evening unfolded like a surreal dream as I watched the proceedings from the front row of the balcony with my Woodstock friend, Blaise. We smiled all night as we watched Dylan and his bird nest hairdo wiggle away below.

Dylan opened with the Empire Burlesque rocker “Seeing the Real You At Last,” which segued into “What Good Am I?” Possibly influenced by his time with the Dead, Dylan was segueing songs more than ever before. Dylan went to Infidels for his third song, “Man of Peace,” and followed with his live debut of “Precious Memories” from Knocked out Loaded. Dylan infused the night with a breathless pace as he stood and delivered his newer songs without regard for what people may have wanted to hear. Aware of the city he loved, Dylan turned the clock back to his Greenwich Village days with an acoustic set that began with “Don’t Think Twice It’s Alright,” and one for his hero, the man who drew him to New York. “Song to Woody” was a loving gesture, and it struck the right emotional chord for those on hand. 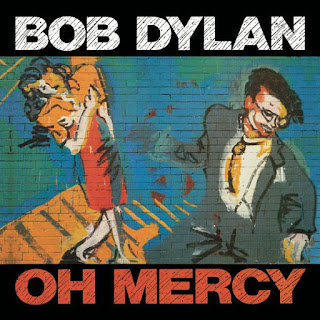 “Everything Is Broken” filled the Beacon with bawdy rock and roll again. There could be no mistaking Dylan was sentimental on this final night at the Beacon as he followed with “I’ll Remember You.” The final three electric songs came off like a communal exorcism. The stacks of speakers hanging like worms in front of the Neo-Grecian décor were smoking from G. E.’s nasty blues leads during “It Takes a Lot to Laugh, It Takes a Train to Cry.” Earlier Bob played one for Woody, now he pivoted into one for Jesus, “In the Garden.” I hadn’t seen this one since the Radio City shows. Dylan blitzed through “Like a Rolling Stone” to end the set. It was hurried until he neared the finish line, and then the Transcendent One lingered in the triumph of his consecrated anthem by tacking on a three-minute harp solo before departing.

It was too much to process as I sat there in the front row of the balcony for the world premiere of “Man in the Long Black Coat” as the first encore. The pulse, vibration, and rumbling force made me feel unsafe in the front row of the balcony. Pure ecstasy might catapult me into the orchestra pit below. This is where things got weird. In the thick of “Leopard-Skin Pill-Box Hat,” Dylan placed his guitar down, sang a verse, and then grabbed his mic and went for a stroll while playing harmonica. Bob stepped to the front of the stage and got down on his knees while keeping the harp solo alive. Suddenly, he dropped the harmonica to the ground like a Wise Guy dropping a gun after a hit, and nonchalantly walked off the stage and into the crowd. He shook hands with a few stunned fans in the front row and shuffled out the exit door to the right of the stage onto West 75th Street. 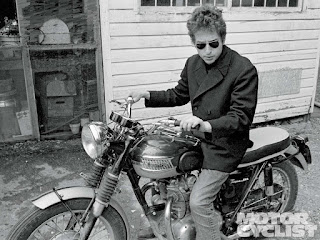 The house lights stayed on as the band continued to play, and I’m pretty sure that Dylan didn’t inform the band if he was coming back. The jam stumbled to a confused ending and the crowd applauded, and wondered if Bob would return. But there was not a word heard; goodbye, not even a Shabbat shalom. Folklore states that the man in the gold lame suit hopped on a bicycle and pedaled to his Manhattan apartment.

Dylan and the Grateful Dead: A Tale of Twisted Fate 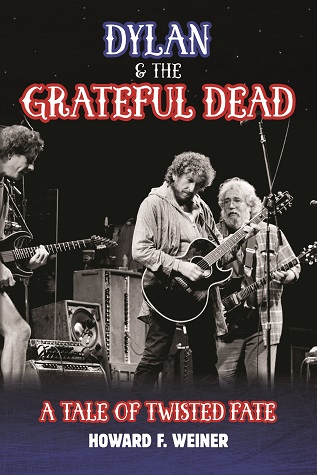