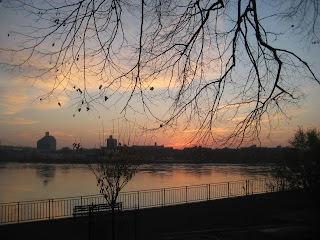 From Simple Twist of Fate onward, Dylan had IT going on. I’ve seen Dylan in that rarefied air before. I wish I could have seen him shimmy, shuffle across the stage, but I had to change my way of thinking. I just enjoyed the audio ride.
at November 24, 2010