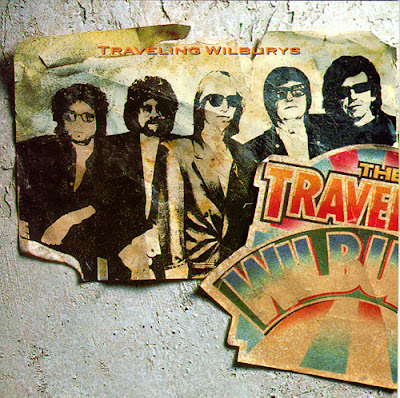 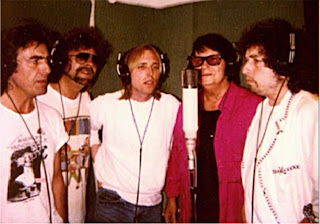 The Traveling Wilburys Volume 1 reminds me of a classic episode of the blockbuster hit TV series Seinfeld during which Jerry and George head into NBC Studios to pitch their idea for a pilot series. Here’s how part of that meeting went just to refresh your memory.

RUSSELL: What about you, George? Have you written anything we might know?
GEORGE: Well, possibly. I wrote an off-Broadway show, "La Cocina." ..Actually, it was off-off-Broadway. It was a comedy about a Mexican chef.
JERRY: Oh, it was very funny. There was one great scene with the chef - what was his name?
GEORGE: Pepe.
JERRY: Oh, Pepe. Yeah, Pepe. And, uh, he was making tamales.
SUSAN:Oh, he actually cooked on the stage?
GEORGE: No, no, he mimed it. That's what was so funny about it.
RUSSELL: So, what have you two come up with?
JERRY: Well, we've thought about this in a variety of ways. But the basic idea is I will play myself-
GEORGE: (Interrupting) May I?
JERRY: Go ahead.
GEORGE: I think I can sum up the show for you with one word: NOTHING.
RUSSELL: Nothing?
GEORGE: (Smiling) Nothing.
RUSSELL: (Unimpressed) What does that mean?
GEORGE: The show is about nothing.
JERRY: (To George) Well, it's not about nothing.
GEORGE: (To Jerry) No, it's about nothing.
JERRY: Well, maybe in philosophy. But, even nothing is something. 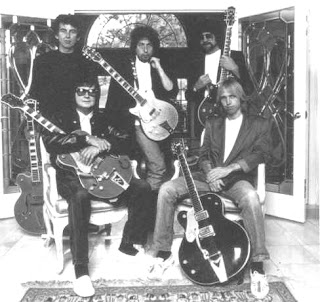