Excerpt from Deadology: the 33 Essential Dates of Grateful Dead History


Accompanied by David Bromberg, Bob Dylan was in attendance for the Dead’s three-set spectacular on 7-18-72 in Roosevelt Stadium, Jersey City. Primarily used as a minor league ballpark since it opened in 1937, Roosevelt Stadium had a capacity of 24,000. Chicago played the first concert in this venue five days before the Dead’s debut. Right across the river from Manhattan, this stadium became a summer haven for fanatical New York City Deadheads as they had the opportunity to see their heroes play six shows there between ’72 and ’76. Roosevelt Stadium hosted a few championship boxing matches and fifteen home games for the Brooklyn Dodgers, but the stadium’s lasting legacy is the transcendent music performed by the Grateful Dead.

Pigpen’s final performance with the band was in the Hollywood Bowl on 6-17-72. Pigpen’s presence could never be replaced, but as the Dead moved into a new era, they had more than enough new material to fill the void. This Roosevelt Stadium gig was their third since returning from Europe. The Dead kick off the festivities with “Bertha,” and “Bird Song” soars in the third spot. Yes! “Bird Song” is back in the rotation after not being played in Europe. Garcia’s one with the universe as he sings and picks a tangy “Sugaree.” 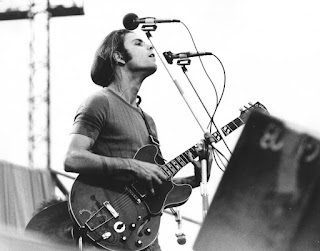 After warm-up covers between the Hunter/ Garcia compositions, Weir proudly performs one of his new gems written with John Perry Barlow, “Black-Throated Wind.” I first came across this as a filler on one of my earliest bootleg tapes. I flipped out over this version, listening to it repeatedly, not realizing it was from 7-18-72. A decade or so later, I acquired the Roosevelt show on four CDs, and when I heard “Black-Throated Wind,” I instantly knew this was the immaculate version. The tempo is scary-perfect; no other “BTW” moves along and creates this breathless anticipation. As Weir channels the first verse, the listener can stand in the narrator’s shoes and absorb “the highway, the moon, the clouds and the stars.” Weir sings the chorus with conviction, bringing the song alive like a seasoned blues troubadour.


In response to “I left St. Louis, City of Blues,” Garcia’s guitar licks bleed the blues. The one blemish to this version is technical. Keith’s piano emanates a crackling sound as this verse plays out. It’s a recurring problem that’s remedied in time for set two. Weir’s passionate singing continues in verse three: “So I give you my eyes, and all of their lies. Please help them to learn as well as to see.” Keith chops away as Weir howls, “Going, going back home that’s what I’m going to do.” Halfway through Weir’s repetitive pleas, Garcia makes a grand entrance, firing off breathtaking runs in response to Weir’s wizardry.

Since I discovered the 7-18-72 “BTW,” I hoped I would find another one as gripping all the way through. There are many enjoyable renditions, but sometimes the timing’s off in places or it lacks the consistency of 7-18-72. “BTW” is a great song, but it never flowed easily like “Jack Straw.” Maybe that’s why the band dropped it from the rotation for sixteen years. China Cat > Rider swiftly follows in the magnificent breeze of “Black-Throated Wind.” Jerry’s guitar has an ornery tone, yet there’s a mellifluous flow to the solos. With the twelfth song of the set, the band rolls out their second version of “Stella Blue,” which debuted in Dillon Stadium two nights earlier. Garcia sings Hunter’s new lyrics with a loving feeling—the words resonate with him. Unlike early, quick-paced versions of “Tennessee Jed” and “Wharf Rat,” “Stella Blue” rolls slow, like a soothing dream. “Casey Jones” steers the fourteen-song set to an exhilarating conclusion.

Set two commences with visions of old, weird America as Jerry sings “Brown-Eyed Women” and “Tennessee Jed.” The “Jed” jam rips. There’s a substantial tuning session before the Dead launch Truckin’ > Dark Star, the first time these songs have been paired together. Roosevelt Stadium is reelin’ and rockin’ in the ragin’ “Truckin’” jam as Keith and Jerry mess around with some call-and-response. Garcia’s fixated on the simple pleasures of guitar playing, sinking his teeth into certain riffs and building them into powerful sequences using his repetitive lick-with-slight-variations motif against the band’s jackhammer groove. Simultaneously, Garcia’s conversing with himself, his bandmates, and the audience. After a reprise of the last “Truckin’” verse, a rocking crescendo suddenly collapses and pivots towards “Dark Star.” A sophisticated, two-minute “Dark Star” prelude changes the ambiance of the ceremony, and then comes the signature lick that ignites the celestial exploration. 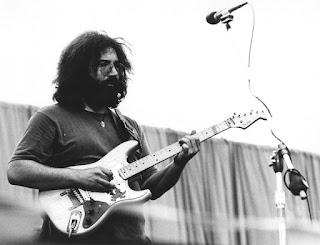 There’s a warm, embryonic flow early on as Garcia strikes with impressive runs that leave just enough open space to create that polished/ hypnotic “Dark Star” vibe they established on the European tour. But this is Dark Star Country—an outdoor gig on a hot summer’s night in front of zealous New York City Deadheads. This would be a sufficient opening jam if Jerry cut to the first verse after ten minutes. However, Garcia raises the stakes and unloads some of the hottest sustained guitar work in any “Dark Star.” The energy of the preceding “Truckin’” still burns within this jam. Garcia expands upon that earlier repetitive lick/ slight variation mode as the band storms forward. Kreutzmann’s ability to sense Jerry’s intentions are essential to this masterpiece. The tension is released with the singing of the first verse after sixteen minutes. Dylan, Bromberg, and the fortunate Deadheads in attendance on 7-18-72 had never seen or heard anything like that before.

The second jam evolves into a more typical ’72 “Star” structure. Lesh and Jerry frantically manipulate their magic wands as cosmic energy swirls—minds leave bodies in Jersey City. After the psychedelic exorcism, “Dark Star” tumbles into the compassionate calm of “Comes a Time.” The four-song segment/ set is closed out by the feel-good rush of a surging “Sugar Magnolia.” This timeless masterpiece of original compositions is balanced, beginning and ending with Weir’s rockers, and the Jerry tunes within go places only the Dead could dream of.

The mojo rolls on in Roosevelt Stadium during set three with a lovely “Ramble on Rose” opener. “Greatest Story Ever Told” is hot without Donna’s mid-jam screams. And as they had done earlier with “Stella Blue,” the band plays their second-ever version of “Mississippi Half-Step Uptown Toodeloo.” It’s a spirited performance with concise jams. It nimbly segues into “Sing Me Back Home.” Not Fade Away > Goin’ Down the Road Feelin’ Bad > Not Fade Away rocks the socks off Jersey City, blows it to smithereens. In any discussion of all-time great shows, 7-18-72 Roosevelt Stadium must be considered. 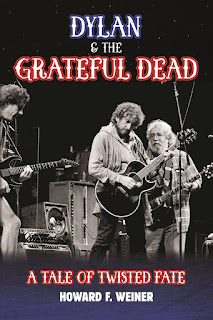 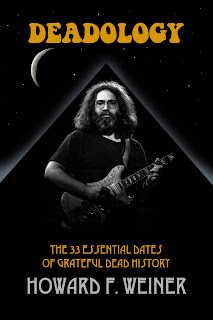 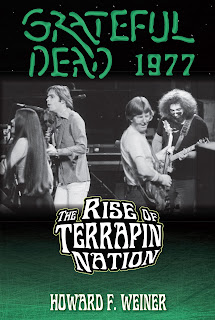 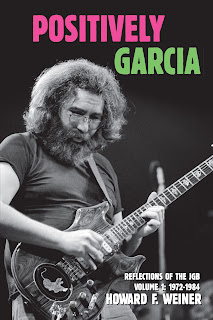