As I researched for my latest critical study on the Grateful Dead, the enormity of this 8-6-74 Roosevelt Stadium affair surprised me. I now know that it’s undoubtably a contender for greatest concert ever. Four performances from this show made it into Deadology Volume II: The Evolution of 33 Grateful Dead Jam Anthems. To be a Deadhead in the New York City/ Jersey City area those days must have been quite a thrill. Roosevelt Stadium is one of the quintessential shrines of Grateful Dead folklore. Happy 46th birthday to 8-6-74.

EYES OF THE WORLD 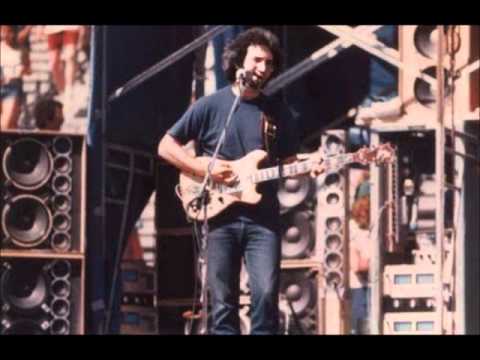 8-6-74 Roosevelt Stadium, Jersey City, NJ: In the middle of this twelve-song first set, the Grateful Dead played a standalone “Eyes of the World” tucked in-between “Jack Straw” and “Promised Land.” It’s almost unprecedented for a royal rhapsody of this magnitude to emerge at this point of a show. Out of the post “Straw” stillness the “Eyes” groove emerges naturally, almost understated. Jerry’s sweet vocals match the subdued flavor of the groove.

Intensity surges as Bobby and Donna join in on the chorus. Weir’s voice leads the way, and Donna sounds sweet. Billy and Phil are locked in tight as Jerry’s fills the opening solo with sublime perfection from the first note. For sixty-six seconds, the inspired musicians are one with the universe. They are the eyes of the world. Garcia finishes this surge dramatically, a piercing string of aural adrenaline. Following the last euphoric twang of Garcia’s guitar, the infectious rhythm of “Eyes” returns in all its understated glory. You can hear Roosevelt Stadium roar through the soundboard recording.

That opening solo would be far and away my favorite between-verse solo of an “Eyes” from this era if it were not for the ensuing solo. “There comes a redeemer, and he slowly too fades away.” Jerry’s really belting it out now. This wheel’s on fire and the greatness of what’s to come is evident before it materializes. The only intrigue is how it will unfold. As solo two emerges, Jerry pauses for a second, oh how he plays the silence! The silky-smooth leads flow as he expands on the ideas from the previous solo. This is how the ninety-four second instrumental unfolds: stutter-step > loading the cannon > fireworks galore > spooling yarn finale. Kreutzmann’s drumming fortifies and fills the sonic landscape. There would be longer between-verse solos as the structure of “Eyes” changed in 1976, but the compressed creative genius of the 8-6-74 solos is unmatched.

Phil’s in lead bass heaven and the band swings loosely behind him as the “Eyes” outro ascends. After a year-and-a-half of improvising on this “Stronger Than Dirt” motif-jam, the intricate chord changes are crisp and perfectly timed. Intent listening and the instincts of the group mind combine as the Dead segue to a series of careening chord progressions. Garcia’s leads whirl like a spinning top as the force of each new riff resonates. Jerry’s rampaging as Weir strums madly. The Grateful genius is grounded in stone cold musical logic. A tornado of sound dissipates as Eyes hits the eighteen-minute mark. Garcia’s guitar sobs in disbelief. This is a major masterpiece that grabs our attention all the way through, and never fails to shine a bright light on what this band was capable of when they were in peak performance mode.

8-6-74 Roosevelt Stadium, Jersey City, NJ: This is an understated gem, rich in ambiance and texture. The band pumps out a solid groove, and Garcia opens with sophisticated runs as he seems to revel in the warmth of the Wall of Sound. Everything’s lined-up for a mighty outburst like on the 11-11-73. However, Jerry works up a unique chord progression, a shuffling staccato pattern that mesmerizes—a reggae-like plinko/planko stream. And when Jerry strikes gold, he knows how to milk it. The ending of this jam is glorious, and perhaps the most danceable thing I’ve ever heard.  Jerry was still in pretty good shape these days and I’m sure he had to be hopping and bopping as he played this. The band skillfully latches on to this moment. Usually “Sugar Mag” comes off as a definitive rock and roll statement. On this occasion the band taps into the pure pleasure of the rhythm minus the aggression.

8-6-74 Roosevelt Stadium, Jersey Stadium: As I research for this project, my affection for this Roosevelt Stadium show continues to soar. Set two opens with a masterful performance of “Uncle John’s Band.”  It’s a joy to hear this anthem through The Wall of Sound. There’s also a unique motif to Jerry’s playing on 8-6-74. This “UJB” seems to unfold like brush strokes touching down on a masterpiece in progress. It’s mesmerizing to hear Phil and Jerry create individually as the music meshes harmoniously. As the final jam heads toward the chord ending sequence, Jerry takes a detour bound for euphoria. This is an impressive eleven -minute version, and another notch of greatness for 8-6-74.

PLAYIN’ IN THE BAND

8-6-74 Roosevelt Stadium, Jersey City, NJ: Prior to this endeavor, I probably wouldn’t have considered this show as one of the greatest ever. That might be because I often listened to Dick’s Pick’s Vol.31 which contains segments from this show along with portions of the previous two nights in Philadelphia. And that means I rarely listened to 8-6-74 start to finish. The opening set features the best “Eyes of the World,” and ends with Playin in the Band > Scarlet Begonias > Playin’. This is a meaty sandwich that was only played one time. “Begonias” benefits from this configuration, but let’s focus on “Playin’.”

It’s a good thing that the “PITBs” from this period are long. It gives the listener time to recover from Donna’s primal screams. They are brain rattling on this rendition. The jam lifts off in explosive fashion as Jerry’s spiraling leads take this out of the realm of musical theory. The jam hits a jazzy plateau as Phil, Keith, and Billy guide this towards something that sounds Coltrane influenced. You can hear traces throughout of “Mind Left Body.” Like most 1974 “Playin’s,” the flow becomes odd and experimental, but it’s not at all long-winded. Keith gets into a groove on electric piano as the jam shifts into a funky motif prior to the “Scarlet Begonias” handoff which occurs twenty-minutes in. The “Playin’” reprise is not as long as others from this era. The Dead makes up for the brevity with an authoritative finish. This is the most focused “Playin’” of the year. 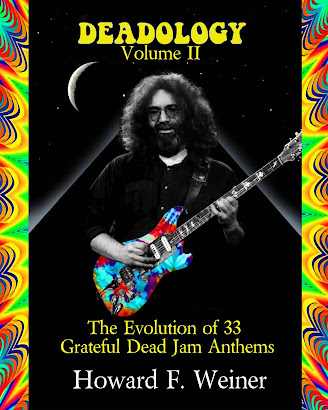 We were there. My girlfriend’s (now wife’s) first show. Not a bad way to break her in on the Dead. This was postponed from a few days earlier because of lightning hitting the stadium. Acid and lightning....blew a lot of heads wide open that night.
The music speaks for itself. Truly a magical performance. Reached for the cosmos multiple times. Too a trip around the moon riding Jerry’s soaring licks.
One of the greatest shows I’ve ever been to.
On the bus for over 160 performances