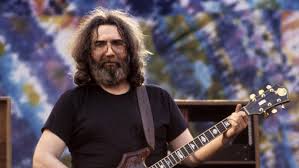 On March 9, 1981, I took a bus from the Nanuet Mall to the Port Authority, and then walked to Madison Square Garden. Donald and Tom, a pair of high school joined me. I was seventeen, this was my first Dead show, and the cats with me weren’t Deadheads at all. For occasions like this I usually could score anything from mescaline to Quaaludes or hash. On this night we only had some diesel weed, some bullshit that was more likely to give you a headache than get you high. Donald and Tom were passed out sleeping from the moment we settled into our seats near the rafters.
In high school  I wore a Grateful Dead jean jacket, and I admired Skeletons in the Closet and American Beauty, but it wasn’t until I heard Europe 72, eight weeks before my MSG debut, that I really began to grasp the genius of the Grateful Dead. A friend slipped Europe ‘72 into the tape deck after we saw an Islander hockey in the Nassau Coliseum, and my head nearly exploded when I heard that Cumberland Blues. I was an FM classic rock devotee, and this tape opened me up to a new musical galaxy. The song that really wooed me was Ramble on Rose. The next day I hopped on my bike and rode to Tapesville USA, my local record store in front of the Nanuet Mall and purchased Europe ‘72. By the time I made my MSG debut, I had at least ten Dead albums. But I was in no way prepared for what I was about to experience.

I entered The Garden as the Dead began to play. Walking up the ramp to my seats, I admired the strange Hawaiian vibe of the Feel Like a Stranger jam. I wasn’t familiar with the new album, Go to Heaven, and that explains why I was oblivious to the next song, Althea. My almighty highlight of the night was the fourth song, Ramble on Rose, a sensational rendition. The rest of the set passed by. I identified a strange sounding Minglewood Blues to end the set.
My friends were unconscious, my buzz was weak, I didn’t have a Dead mentor, and I didn’t experience a parking lot scene. I knew the songs in the opening sequence of set two: Cat > Rider > Samson, Ship of Fools, Estimated > Uncle John’s, but the songs seemed longer and slower than I expected. I was used to hearing these songs played a certain way, and the long winding improv was beyond my musical appetite at the time.
My real Dead breakthrough happened when I scored a bootleg of Englishtown a month after 3-9-81. When I heard that Half Step and that Eyes, I understood why Garcia was the greatest musician in the world, and I understood why people followed them around. I was sucked into an endless universe of aural delight that grips more with each passing year.

A few weeks after hearing Englishtown for the first time, some buddies turned my own to a boot of 3-9-81. I couldn’t believe I was there for that stunning Althea. How did I overlook that brilliance? Suddenly I understood fluent Grateful Dead. The tone of Garcia’s guitar all night was outrageous. Both songs of the opening one/two punch, Stranger/Althea, rank in the top five of greatest versions ever. Ramble on Rose might be the best I’ve ever heard. There’s a rare and tasty electric Deep Elem Blues mid-set.
China Cat > Rider kicks off set two. Here’s some notes on this version which will be in my upcoming book, Deadology Volume 2:
3-8-81 Madison Square Garden, NY: Yes. This China Cat > Rider is up there with the best of ’74. Confession: 3-9-81 is dear to me because it was my first show. However, this pairing to open set two is remarkable. As “Cat” opens, Garcia’s guitar has a sharp tone, which Brent effectively mimics on his organ. During the longer of the brief between-verse solos, Garcia hits a jarring change of direction note, and on my favorite aud recording of this show, a young lady lets out an orgasmic scream. Sure, this has nothing to do with the majesty of the performance, but sometimes crowd participation can enhance our listening experience.
This is the first of a two-night MSG stand that features some of the Dead’s most sophisticated playing of the decade. Brent and Jerry free flow creatively to an early fanfare. The playing is relaxed yet fiery, and Garcia’s leads regenerate and bubble to the next plateau. In the shuffling madness of New York City, Garcia and the Boys are in the lab, brewing a psychedelic potion on a leisurely timetable. There’s an indirect approach into the next “Cat” fanfare. Thanks to some additional fiddle/faddle, this “Cat” extends for ten minutes prior to the start of “Rider.”  “I Know You Rider” rocks hard. Weir belts out the “Sun gonna shine” line before the first solo, and the post “Headlight” solo is vicious. What a great Cat > Rider all the way through, although I was too much of a novice to appreciate when I was there.
The rest of set two had a magical pull. Estimated > Uncle John’s and The Other One were exceptional. This was a show of dreams, if only I understood the language. Even the date and year balances out like a mathematical equation: 3-9-81. The numbers are divisible by three. An algebraic equation might look like this: 3 x 9 = 27 x 3 = 81.
Three months before this show John Lennon was murdered on the outskirts of Central Park, and three weeks after march 9,1981, president Ronald Reagan was shot by a madman in Washington, D.C. These were anxious and arcane times in American history. A new generation of rebellious souls found adventure, satisfaction, and community in the Grateful Dead experience. I don’t remember the bus ride home with Donald and Tom, but 3-9-81 has had quite an impact on my future.