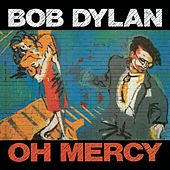 A Great Bit Of Wtiting!
I hope it's ok.I have reprinted on my Blog
at
http://benchmusic.blogspot.com/
Regards
Tony.

Tony's right. This is some great writing. Now Tony knows about my new novel already, but I wanted to tell you about it.

It's called BLOOD ON THE TRACKS, and I think you'd enjoy it.

It's a murder-mystery. But not just any rock superstar is knocking on heaven's door. The murdered rock legend is none other than Bob Dorian, an enigmatic, obtuse, inscrutable, well, you get the picture...

Suspects? Tons of them. The only problem is they're all characters in Bob's songs.

You can get a copy on Amazon.com or go "behind the tracks" at www.bloodonthetracksnovel.com to learn more about the book.

I see the Man in The Long Black Coat as being Death. Look at the song that way and tell me what you think.

Death and desolation could be extreme. We die everyday. Every past moment painful. Inevitability as death, adorable as her, rule like sermon. We try touch it, abyss, keeps us afloat, for a while! A surrealistic expression of life a little despaired. Better view is of vedantists, no sin, no sinner, not black or white, self expressed, swaprakash, expresses everything out here.

late, maybe
but i saw the man as either being
death, or on the flipside
even a man of the cloth,
she leaving to serve god

She's been called one of Britain's foremost Dylan interpreters.
http://barbjungrplaysnewyork.com/